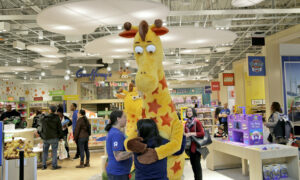 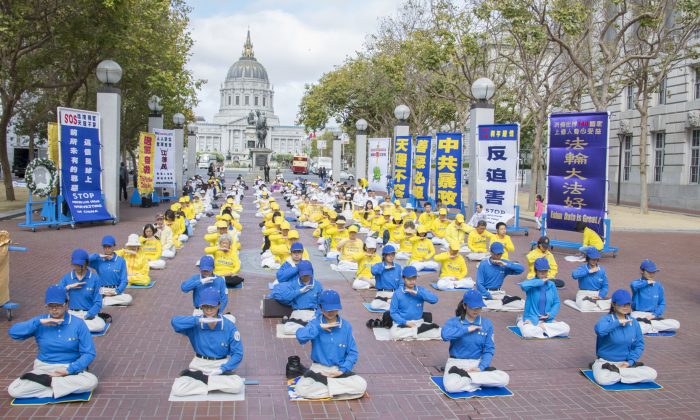 SAN FRANCISCO—Adherents of Falun Gong gathered at the UN Plaza once again in downtown San Francisco to mark the anniversary of the persecution of Falun Gong in mainland China. This year’s activities, however, held the flavor of immense change.

Saturday’s events began with group exercises, which were followed by a parade through downtown San Francisco, ending with a rally in Chinatown’s Portsmouth Square. The events highlighted an ever-growing tidal wave of lawsuits filed against then-head of China’s regime, Jiang Zemin, who initiated a campaign of terror against the spiritual practice on July 20, 1999.

The practice of Falun Gong involves doing meditative exercises and living according to the principles of truthfulness, compassion, and tolerance. Jiang feared how many people had taken up the practice—between 70 and 100 million people—and the popularity of its traditional moral teachings. According to human rights organizations, the Chinese regime has killed tens of thousands of Falun Gong practitioners by torture or through the forced harvesting of their organs.

Thanh Truong of South San Francisco spoke about the significance of a wave of lawsuits filed in China against Jiang Zemin. As of July 11 60,000 people in mainland China and 11 other countries had filed lawsuits against Jiang, according to Minghui.org, a website run by Falun Gong practitioners that monitors and reports on the persecution in China.

“This is unprecedented, since never in the history of the CCP’s rule have so many Chinese filed lawsuits against such a high-level Chinese Communist Party official and lived to tell about it,” Truong said. “The fact that these lawsuits have been accepted by the Chinese courts speaks to a huge change in the political state of China—which I believe is, in part, due to the growing attention from the international community. This is one step closer to freedom of speech and expression for the citizens in China.”

Dongbing Zhang of San Jose thinks that parades and rallies sponsored by Falun Gong practitioners have raised awareness over the years, having a big effect on Chinese people in the Bay Area.

“They learned what has happened with the Chinese in the last few years. The moral standard has been ruined in China; people only care about money and power and became indifferent in the face of innocent people being persecuted,” he said.

“The part of the parade I am in is about suing Jiang Zemin, the one who started the persecution 16 years [ago]. This will remind all the Chinese people of all the harm he has done.” Zhang said.

During the rally, several Falun Gong practitioners who were persecuted in China in labor camps or prisons shared their personal experiences. This year, they spoke with a renewed sense of hope that justice will soon arrive.