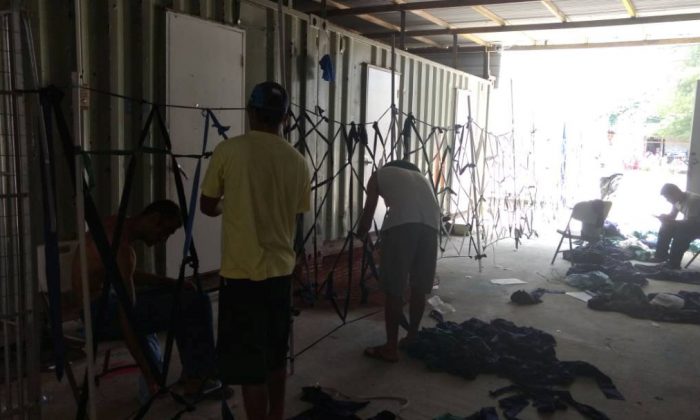 Hundreds of men have barricaded themselves into the Manus Island center for more than 13 days without regular food or water supplies, defying attempts by Australia and Papua New Guinea to close the facility.

“We will be taking steps with relevant authorities to move the residents based on serious exposure to health risk for the food of everyone that is remaining,” Thomas said in a statement issued late on Sunday.

The timetable stokes fears of a potential clash between authorities and asylum seekers – drawn largely from Afghanistan, Iran, Myanmar, Pakistan, Sri Lanka and Syria – who have refused to move to three transit centers. The United Nations has warned of a “looming humanitarian crisis.”

Australia has used the center, and a camp on the tiny Pacific island of Nauru, to detain asylum seekers who try to reach its shores by boat. It says boat arrivals will never enter Australia, even if found to be refugees, as that would encourage people smugglers in Asia.

The asylum seekers on Manus fear reprisals if they move to the transit centers, pending possible resettlement in the United States. The main camp was closed on Oct. 31 and water and power have been cut off.

Australia and Papua New Guinea both insist the transit centers are safe, offering the asylum seekers the same level of care they had received before the closure of the Manus Island camp.

Papua New Guinea last week removed the fences of the camp, while authorities also dismantled rainwater collection bins and makeshift shelters built to ward off the tropical sun and rain.

Under that deal, up to 1,250 asylum seekers could be sent to the United States and Australia will in turn accept refugees from Central America.