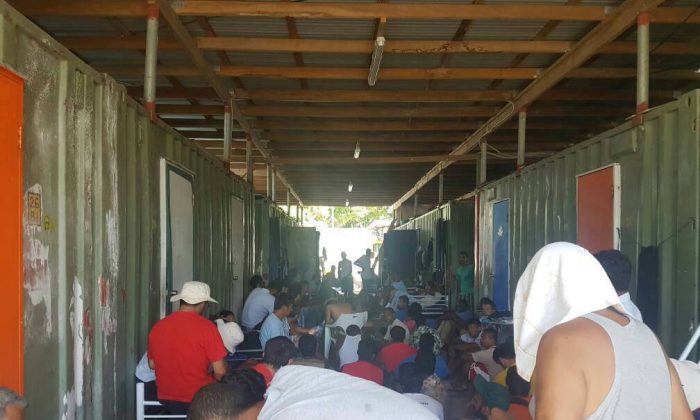 SYDNEY–Papua New Guinean police cleared the remaining asylum-seekers from a shuttered Australian-run detention complex on Friday, ending a three-week protest which started with some 600 people surviving on rain water and smuggled food and supplies.

Australia closed the Manus Island detention center on Oct. 31, after it was declared illegal by a Papua New Guinea court, but the asylum seekers refused to leave to transit centers saying they feared for their safety.

Despite the unsanitary conditions and lack of adequate food and fresh water, about 300 remained when Papua New Guinea police started removing people on Thursday and Friday.

“The refugees are leaving the prison camp,” Kurdish journalist Behrouz Boochani told Reuters in a text message on Friday. “We did our best to send out our voice but the government does not care.”

Australia’s Immigration Minister Peter Dutton said in a statement on Friday that all of the asylum seekers had now departed for alternative accommodation.

“Advocates should now desist from holding out false hope to these men that they will ever be brought to Australia,” Dutton said.

The fate of the asylum seekers, some of whom have been detained for years and come mostly from Afghanistan, Iran, Myanmar, Pakistan, Sri Lanka and Syria, remains unclear.

Australia steadfastly refuses to allow them entry under its strict “sovereign borders” policy and the asylum seekers have refused to resettle in Papua New Guinea.

Australia and Papua New Guinea both say the asylum seekers are now the other’s responsibility, although the Australian government said it had spent A$10 million ($7.6 million) on the transit facility and it wanted the men to move there.

Under Australia’s “sovereign borders” policy asylum seekers trying to reach its shores by boat are intercepted and detained in either Papua New Guinea or Nauru in the South Pacific.

The United Nations and human rights groups have for years criticized Australia’s policy, citing human rights abuses in the offshore detention centers and called for their closure.

Papua New Guinea intensified efforts to clear the Manus facility on Thursday by bringing in buses to start moving the men and cutting off routes previously used to deliver smuggled supplies, said Christian pastor Jarrod McKenna, who was at the shuttered center earlier this week helping the refugees.

Pictures sent to Reuters by an asylum-seeker showed Papua New Guinean officials wearing army fatigues inside the camp on Friday, and a video distributed by advocacy group GetUp showed police armed with sticks pulling an asylum seeker to his feet.

“Buses are waiting for you, trucks are waiting for you…you will get on to them and you will move to your new location, you will not stay here,” a man who identified himself as a police commander told the asylum seekers in a video posted to Facebook by Sudanese refugee Abdul Aziz.

By Tom Westbrook and Jonathan Barrett