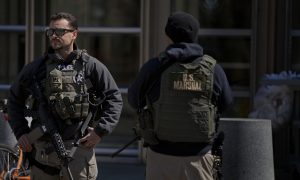 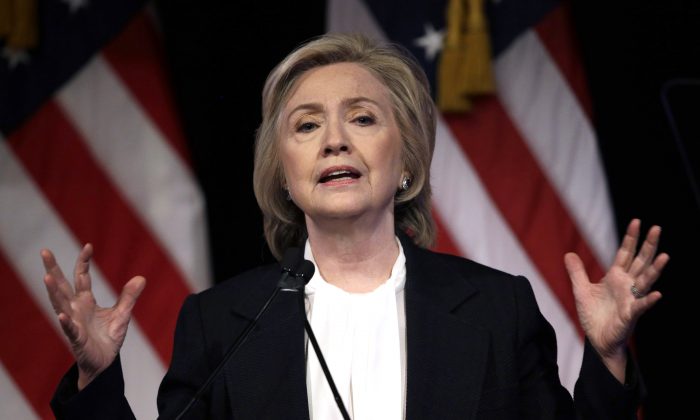 WASHINGTON—The FBI is looking into the security of the private email server that Hillary Rodham Clinton used when she was secretary of state, The Washington Post reported Tuesday.

The newspaper also said the FBI has asked Clinton lawyer David Kendall about the security of a thumb drive, containing copies of Clinton’s emails, that Kendall possesses.

The Post report cited two anonymous government officials, but said Kendall confirmed that the government was investigating the security of the devices.

Clinton’s emails have been under scrutiny since The Associated Press revealed in March that she used a private “homebrew” server traced to her Chappaqua, New York, home while she was the top U.S. diplomat. Government and congressional investigators have been trying to determine whether she sent or received classified information on unsecured email.

The two officials cited by the Post also said that the FBI was not targeting her.

A spokesman for Clinton’s presidential campaign tweeted Tuesday that that Post story “doesn’t change anything … IG sent ask to DOJ to confirm emails are secure.”

An FBI spokesman contacted Tuesday night by The Associated Press declined to comment, and Kendall did not respond immediately to an emailed request for comment.

State Department spokesman Mark Toner was asked last week whether the department would be “open” to having the FBI examine the thumb drive. “We’ve made sure that the documents at her lawyers’ are in a secure setting, but I’m not going to speak to what the FBI should or shouldn’t do,” Toner responded.