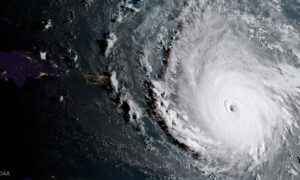 The Pandemic Expansion: The Greatest Media Bias of All Is Pushing Ever Larger Government (Part I)
0 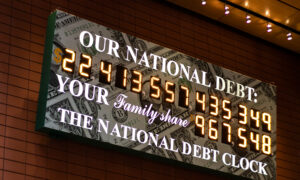 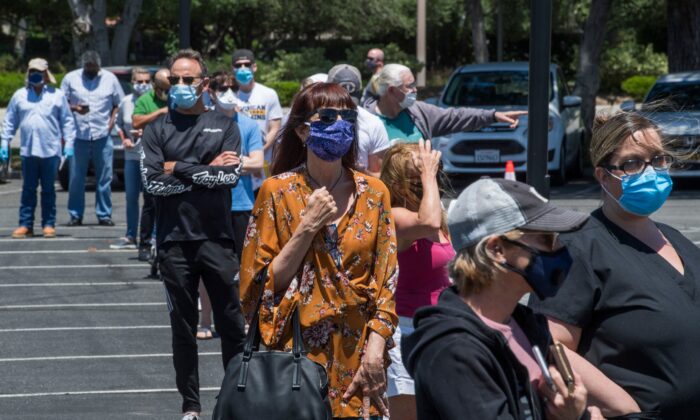 In a recent special congressional election, Republicans did something they hadn’t done in 22 years: They flipped a seat to Republican from Democrat in California.

While there were special circumstances involved, there remains a broader issue that could lead to the GOP retaking the majority of the House of Representatives in November.

This is a year like no other in American history. Never before has the economy been shut down; never have churches been shut down or have people been largely confined to their homes.

To a significant degree, the political response to COVID-19 sadly has added to our divisions in what I call “The Divided Era.” From the outset, Democrats in office and the left-of-center media have often opposed and or criticized the actions of President Donald Trump for partisan reasons.

When the president suggested that there should be a mostly a national policy response to the pandemic, Democrats cried foul and said the individual states should have the greater authority. Trump then quickly adopted their position and let governors make many decisions.

Since then, shutdown policy has been driven by individual states, and predictably, the policy choices have fallen along red state/blue state lines. By and large, Republican states have pushed to open the economy while the Democratic states, including California, have sought to extend the shutdown.

That dynamic has caused considerable frustration for many Americans—especially for Republicans and business owners in blue states. As a result, as I have written before, the Democrats have branded themselves the party of the shutdown, and Republicans, along with Trump, have branded themselves the party of working men and women and as champions of the effort to reopen the economy.

Within that context, a special election was held in California in a swing district with many moving political parts. While counting continues, Republican Mike Garcia defeated Democrat Christy Smith by 12 percent—a 19 percent swing from the 2018 results, when Katie Hill won the seat by 7 percent.

There were many factors as to why the vote swung decisively to the Republican column.

First, the seat was vacated because of a personal scandal involving former Rep. Hill. Scandals, of course, usually hurt the affected party and that played a role in flipping the District 25 seat.

Second, although the seat is now characterized as a swing district seat, for more than two decades, the seat was held by Republicans. When Hill won the seat in 2018, along with other Democrats campaigning in Southern California for Republican seats, she promised a certain measure of independence from House Speaker Nancy Pelosi (D-Calif.).

Her voting record proved otherwise, however, and that wasn’t forgotten by many voters.

Fourth, in this case, Republicans had a good candidate and Democrats didn’t. Garcia is a Navy veteran who worked the district relentlessly, including defeating the Republican who had previously held the seat, Steve Knight, in the primary. On the other hand, it’s no secret that Smith had designs on becoming the state’s superintendent of schools.

Fifth, unlike many other California Republicans, Garcia spoke forcibly about the dangers of the Democrats’ socialist policies, touted his support of the Second Amendment and strong border policies, and accepted Trump’s help.

In an election that turned on base turnout, that played well.

On the other hand, Republicans came together quickly after Garcia beat Knight in the primary and that cooperation paid dividends.

Finally, frustration within California also played a role and that may make a similar difference in Pennsylvania, Michigan, and Wisconsin in November.

Normally in California, Republican enthusiasm is wanting because GOP votes often don’t amount to much in statewide races. Many Republicans have left the state for red states or low-income tax states. Meanwhile, the influx of people from outside the country has turned California a deeper blue, if not a one-party state.

The COVID-19 shutdown, which has included the shutting of churches along with small businesses, however, has sparked a small revolt in California that grows by the day. California Democrats offer no respite from the shutdown.

Republican officeholders and citizens are fighting tooth-and-nail for the right to reopen the economy. That motivation is spilling over into public sentiment and into the minds of independent voters. Part of that motivated Republicans in the special election, and Garcia will have to tap into that in his November rematch with Smith.

That same sentiment may also help Republicans take back the House in November.

At least three other seats in California (two in Orange County and one in the Central Valley) share much in common with District 25. The Democrats who flipped those long-held Republican seats also promised a degree of independence from Pelosi—promises that haven’t been kept.

Along with the frustration of voters over the pandemic shutdown, promising Orange County candidates Young Kim, in the 39th District, has a chance to unseat the Democrat who narrowly beat Kim in 2018, while first-time candidate Republican Supervisor Michelle Steel could reclaim the 48th District. Also, David Valadao has a better-than-even chance to reclaim the Central Valley 21st District seat he lost in 2018.

All in all, the 2020 election will be about the economy: Republicans are fighting to reopen it and Democrats to keep it shut down. That places Republicans on the right side of working people and offers a good chance to reclaim a majority in the House this fall.