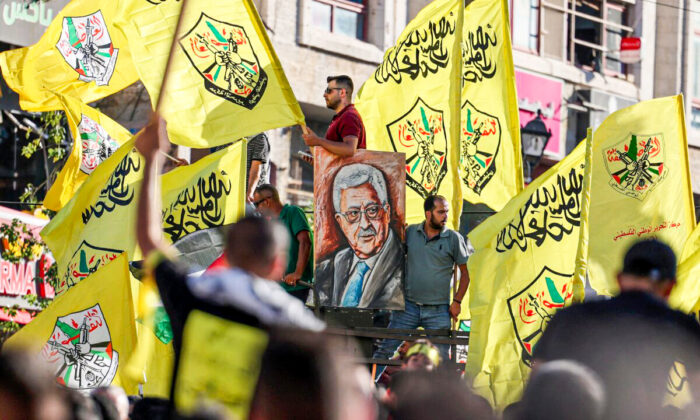 Fresh rifts were reignited on Dec. 11 between long-standing rivals Hamas and Fatah during the first round of the Palestinian local elections.

The elections, which include municipal councils and local government bodies, are typically held every four or five years and last took place in 2017.

Sunday’s elections were held in the Israeli-occupied West Bank as opposed to the Gaza Strip, where Hamas refused to hold them following a fallout with Palestinian President Mahmoud Abbas’s Fatah party.

The group stated in September that it “would not be part of … fragmented municipal elections” after Abbas cancelled the parliamentary and presidential elections in the Palestinian territories earlier this year.

Instead, the terrorist organization on Sunday opted to appoint members of local and municipal councils from a selection of its supporters or those who, like itself, were angry at the Fatah party.

The move sparked a fresh rift between the Islamist group and the Palestinian nationalist social-democratic political party, with the latter accusing Hamas of violating the rights of citizens to practice fair democracy.

The CEC said that positions at 162 local bodies were filled by “acclamation” because there was only one list contesting the elections.

Palestinian Minister of Local Government Majdi Al-Saleh accused Hamas of taking “illegal steps” to prevent local elections in the Gaza Strip, which has been under the control of the terrorist group since 2007, and said it was the “main obstacle” facing the elections in Gaza.

“Hamas is blocking elections in the Gaza Strip,” Al-Saleh told Ahram Online. “It appoints the chairmen of local and municipal councils illegally and under false pretenses.”

“By blocking elections in the Gaza Strip, Hamas is breaking the law and violating the rights of citizens to practice democracy,” Al-Saleh said, adding that the Palestinian government had sent mediators to convince Hamas to hold the elections, but they had failed.

Ahmed Al-Majdalani, a member of the Palestinian Liberation Organization’s (PLO’s) Executive Committee and secretary-general of the Popular Struggle Front (PSF), called municipal elections a “part of the democratic process” that are also a “right of citizens of all political stripes, irrespective of political affiliations.”

Al-Majdalani added that it was “unacceptable” for elections to continue being delayed in Gaza when Hamas is “participating in elections in the West Bank in different ways.”

However, Hamas, which is considered a terrorist organization by the United States and European Union, said it had not agreed to the elections being held in Gaza because they should be part of a comprehensive electoral process, which includes municipal councils, local governments, as well as the previously suspended Palestinian parliament, and presidential elections, according to Ahram Online.

The second phase of Palestine’s local elections will take place on March 26, 2022, at 66 localities, according to officials.