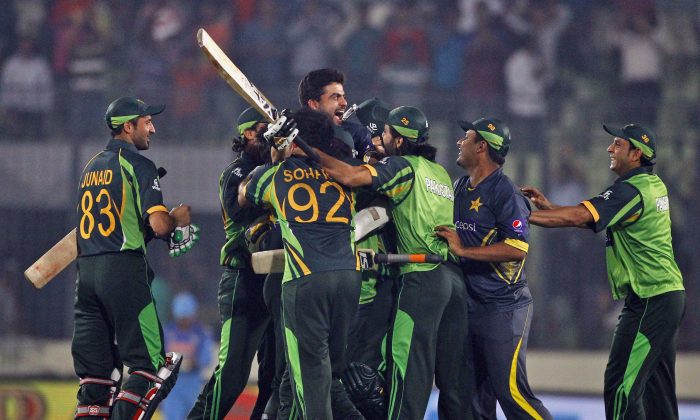 Bangladesh vs Pakistan is the eight cricket match in the 2014 Asia Cup.

The match is set for March 4 at 2 p.m. local (8 a.m. GMT). It’s being played at the Shere Bangla National Cricket Stadium (also known as Mirpur Stadium) in Dhaka, Bangladesh.

Live streaming is available via Channel 9 in Bangladesh and PTV Sports or Geo Super in Pakistan.

It will also also be broadcast on Neo Prime and Star Cricket in most Asian countries including India, and OSN Sports Cricket in North Africa and the Middle East, CSN in Sri Lanka, and 1 TV in Afghanistan.

So far this tournament, Pakistan has nine points with two wins and one loss, while Bangladesh has zero points with zero wins and two losses.

Pakistan lost to Sri Lanka by 12 runs, beat Afghanistan by 72 runs, and beat India by one wicket. Sri Lanka is on top of the standings with zero losses and 13 points, and is guaranteed a spot in the final match.

Bangladesh lost to India by six wickets and Afghanistan by 32 runs.

After this match, Pakistan has no more games left unless it makes the final–which it probably will if it wins this match. Pakistan is considered the heavily favored team in this match.

Bangladesh will face Sri Lanka on March 6 regardless.