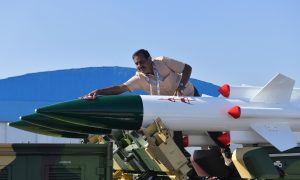 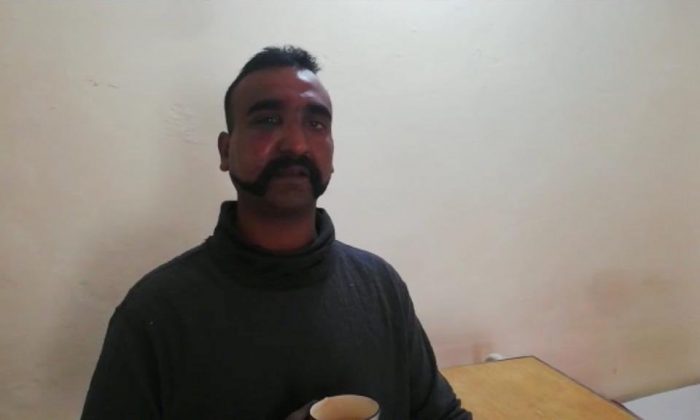 NEW DELHI/ISLAMABAD—Pakistan prepared to release a captured Indian pilot on Friday as the nuclear powers scaled back their confrontation, at least temporarily, while Indian opposition politicians raised doubts over whether an initial airstrike had destroyed a terrorist camp in Pakistan.

World powers have urged restraint from the two nations, as tensions escalated following a suicide car bombing that killed at least 40 Indian paramilitary police in Indian-controlled Kashmir on Feb. 14.

The United States has been actively mediating, to avert any risk of the two countries sliding toward their fourth war since independence from British colonial rule in 1947. The disputed Himalayan region of Kashmir has been at the root of two of those conflicts.

Both governments claimed they downed enemy jets on Wednesday, with Pakistan capturing an Indian pilot whose MiG fighter jet crashed in enemy territory after dogfight with a Pakistani JF-17.

The pilot, who India named on Thursday as Wing Commander Abhinandan, has become the human face of the most recent conflict between the two nations. Having attempted to evade capture, he is being portrayed as a hero in India.

“As a gesture of peace and to de-escalate matters, the Indian pilot who is under arrest with us will be released today in the afternoon at the Wagah border,” he told lawmakers.

Firing along the contested border dividing Kashmir eased on Friday. But diplomatic relations between the two countries remain strained.

Qureshi said he would not attend a meeting of foreign ministers from the Organisation of Islamic Cooperation in Abu Dhabi this weekend, because his Indian counterpart had been invited to the event.

Qureshi has said the Saudi foreign minister is set to visit Islamabad with a message from Crown Prince Mohammed Bin Salman, who visited both Pakistan and India last month.

Abhinandan’s plane came down on Wednesday after a dogfight with a Pakistani jet, two eyewitnesses told Reuters.

The pilot shouted pro-India slogans, and after realising he was in enemy territory, attempted to flee, firing his pistol in the air to deter Pakistani villagers who were chasing him, the eyewitnesses said.

“During that half a kilometre run, he fired some more gunshots in the air as well, to frighten the guys but to no avail,” said Muhammad Razzaq Chaudhry, 58, one of the eyewitnesses.

“Then he jumped into a small stream. Then, he realised that he could not escape, he took out some documents and maps from his uniform and tried to swallow some, tear apart and immerse the rest.”

Abdul Majeed, 40, said he was one of a number of villagers who had beaten and thrown stones at the pilot.

“While in the stream he once again pointed his revolver at us and fearing that he may shoot directly at us, I threw a stone at him,” he said.

“Some of us did thrash him… because he had given us a tough time. But later we handed him over to the army personnel.”

The conflict comes at a critical time for India’s Prime Minister Narendra Modi, who faces a general election that must be held by May.

Modi is expected to benefit from the nationalist pride unleashed by his government’s announcement on Tuesday that Indian warplanes had destroyed a major training camp of Jaish-e Mohammad, the terrorist group that claimed responsibility for the Feb. 14 attack.

But there were growing calls from opposition parties for more information about just how successful the mission was.

India’s Foreign Secretary Vijay Gokhale had said the strike killed “a very large number” member of the group, and another senior government official told reporters that about 300 terrorists had been killed, but New Delhi had still to provide evidence to support that assessment.

Pakistan says the Indian planes missed whatever they were aiming at, and that no-one died in the attack outside Balakot, a small town in Pakistan’s Khyber Pakhtunkhwa province.

Villagers on the outskirts of Balakot told Reuters one of their neighbours was wounded during the attack, but there were no other casualties and the Indian bombs caused negligible damage, although there was a madrasa run by Jaish nearby.

On Thursday, Mamata Banerjee, one of the main leaders of an Indian opposition coalition attempting to unseat Modi, requested more information about the attack.

“We have the right to know how many people died in the air strike and who were they,” she said.

“We want to know the actual incident as we have not received any details.”

Amit Shah, the president of Modi’s Bharatiya Janata Party and one of its most influential figures, sought to dispel any doubt.

“People should decide if they trust India’s armed forces or not,” he said at an event on Friday.

“Those who are doubting are helping Pakistan.”