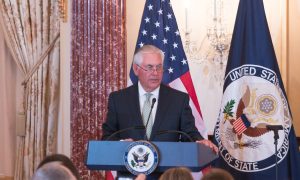 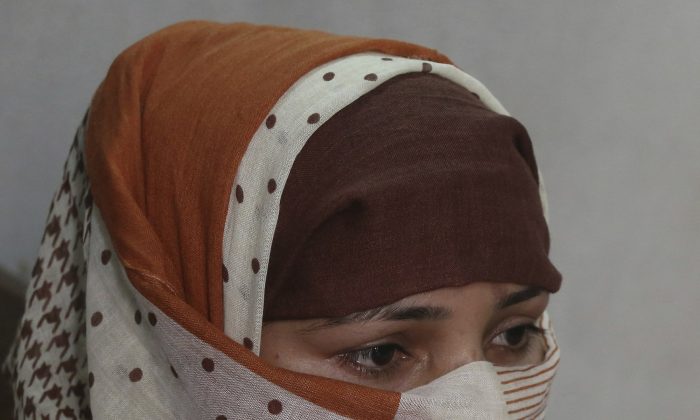 FAISALABAD, Pakistan—With waves of arrests, Pakistani investigators are trying to unravel trafficking networks that convince impoverished Pakistanis to marry off their daughters to Chinese men for cash, and they say evidence is growing that many of the women and girls are sold into prostitution once in China.

At least two dozen Chinese nationals and dozens of their Pakistani partners have been arrested in recent weeks in raids by Pakistan’s Federal Investigation Agency. Pakistani government officials, however, have ordered police to remain quiet about the extent of the networks, fearing it could hurt increasingly close economic ties with Beijing, two law enforcement officials told The Associated Press.

“We are interested only in stopping the trafficking. Make no mistake, this is trafficking,” said one of the officials, who spoke on condition of anonymity because of the government order. “We think the majority are sold as prostitutes,” he said of the women married in the trafficking schemes.

The AP spoke to seven girls who had been forced to marry Chinese men, four of them still in China. Each described how their new husbands handed them over to paying clients to be raped.

“I was living in hell-like conditions, silently weeping, silently praying for help,” said 20-year-old Natasha Masih. She told of how her husband locked her in a hotel in the remote northwest Chinese city of Urumqi and forced her into prostitution. The AP does not name rape victims, but Masih agreed to her name being used and now after her escape works to help other victims speak out.

Pakistan became a focus of Chinese marriage brokers last year, and activists say that since then as many as 1,000 women and girls have been married off to Chinese men. Most of the women are from Pakistan’s small Christian community, who are among the country’s most desperately poor. Brokers offer families cash to give their daughters as brides, promising them well-off Chinese husbands who would give them a good life. The business is fueled by demand in China, where men outnumber women.

In Pakistan, some Christian pastors are paid to help brokers lure members of their flock into marriages, and the girls—married against their will—become isolated in China, vulnerable to abusive husbands, previous AP reporting found .

China’s ambassador to Pakistan, speaking on local television, denied girls are trafficked to China and sold into prostitution. Trafficking was not discussed during a visit to Pakistan this month by China’s vice president, Wang Qishan. In comments carried in the Pakistani press, Wang denied trafficking was taking place.

“China is denying it is happening, but we are showing the proof,” said Saleem Iqbal, a Christian activist who has helped bring girls back from China.

The two law enforcement officials said one of the trafficking networks raided by police, based in the city of Lahore, had been operating for at least a year. It was protected by corrupt policemen, and the son of a former senior police official served as the lynchpin between the Chinese and Pakistani operatives, the officials said.

One woman, Sumaira, told the AP how her brothers were paid by brokers and forced her into such a marriage in July last year. The 30-year-old said her husband took her first to a house in the Pakistani capital Islamabad, and there she was raped each night by Chinese men for a week.

Before they were to leave for China, she convinced her husband to allow her to go home to say farewell to her sisters. There, she refused to return to the husband and screamed at her brothers, “Why did you sell me? How much money did you get for me?’” she said. The brothers beat her, but she managed to escape to the home of an uncle.

Before her marriage, Sumaira had run a beauty salon in a poor, mostly Christian neighborhood of the Punjab town of Gujranwala. “I was a very different person than what you see now,” she said. “Then I had hope. I believed in my future. Now I don’t know.”

Masih told the AP she was married off in November and soon after left her home in Faisalabad, flying to China with her husband. He took her to the northwest of the country, to a small house in a forested area. Three male and two female friends of her husband shared the house.

Her husband forced her to have sex with the men. Then he took her to the Urumqi hotel, where he confined her to a room and sold her into prostitution.

“I bought you in Pakistan,” she said her husband told her. “You belong to me. You are my property.”

Natasha made furtive calls to her parents on her mobile phone, and her mother turned to her church for help. One parishioner, Farooq Masih, formed a group of men from the congregation to try to recue Natasha. One of the men had a younger brother who was a student in China, said Masih, who is not related to Natasha. The brother agreed to pose as a client and pay him to sleep with Natasha.

Instead, when the student went to the hotel in a taxi, he called Natasha and told her to slip out to meet him.

“I saw him and quickly I took my clothes and got into his taxi,” she said. “I didn’t ask his name. I didn’t ask anything, I just said, ‘Brother, thank you.’” Soon she was on a plane to Pakistan.

Farooq Masih and the men from the church have since dedicated hours to unearthing trafficking networks. They recently conducted their own sting operation in Faisalabad, orchestrating a fake marriage that led the Federal Investigation Agency to the brokers and the pastor who solemnized the unions for a fee.

“I am lucky,” Natasha said. “Many girls who were taken there by their husbands are still living a terrible life. … Now I know what is freedom and what is slavery. In China, I was treated as a slave by my husband.”