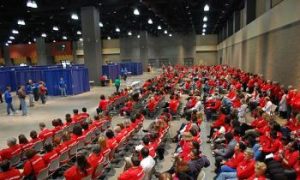 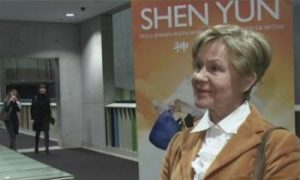 Former Dancer Impressed With Shen Yun: 'It was all perfect'
0 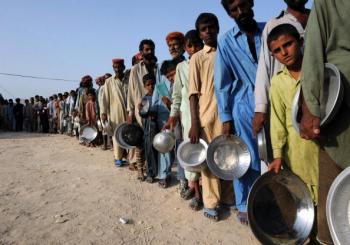 Pakistani flood-affected survivors stand in a queue to get relief food, at a makeshift camp, in Sukkur, on August 23. The near month-long floods have killed 1,500 people and affected up to 20 million nationwide. (Asif Hassan/GEtty Images)
World

By Resa Xu
Print
The floods caused by Pakistan's monsoon rains have reached the southern province of Sindh. Hundreds of thousands of people are leaving their waterlogged homes.

“The situation in Sindh is of high concern,” said Maurizio Giuliano, a spokesman for the UN Office for the Coordination of Humanitarian Affairs, according to the UN News Center. "The water now is in Sindh and entire cities have been evacuated."

Problems faced by the Pakistani people include lack of food and shelter, appropriate medicine, and water and sanitation facilities.

The floods began in late July during the monsoon rains. There are 1,200-1,600 confirmed dead, and about 15.4 affected people, reported the UN News Center. At least 6 million are lacking food, shelter, drinking water, and health care.

The European Union said the priorities are to supply “large volumes of plastic sheeting” for shelter, as there are not enough tents; to feed 6 million people, their livestock, and to hopefully plant the winter crop by late September; and to help the people with health problems.

The people also need clean drinking water and hygiene kits, especially in Sindh, according to an EU release.