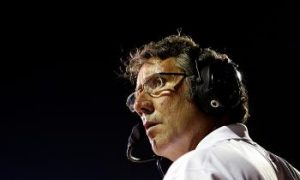 In addition to great pressure from the displacement of over 1 million people due to fighting between the army and Taliban militants in the northwest, Pakistan now faces the 10 million more displaced persons after the worst floods in memory inundated the country this summer. Social unrest is inevitable if basic needs—shelter, food, medical care, rehabilitation, and livelihood are not met.

Political analyst Hasan Askari Rizyi said, “In a situation of crisis where civilian government loses legitimacy, it may be easy for the military to either manipulate the government from the sidelines, or bring in its own men to replace the government.”

The government is urgently pressed to generate funds, work out complicated logistics, and most importantly, prove that it is able to effectively help victims. Failing to do so, the state’s credibility will be at stake.

While it’s unlikely for such an army-led coup to be established, the military will still decide to take action in flood relief if the government doesn’t do its job well.