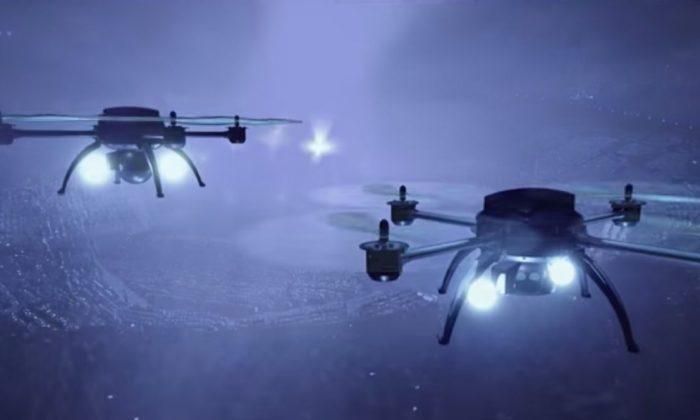 The world's first drone air show will come to Amsterdam sometime in 2015. (Screenshot of the AIR 2015 promotional video)
Middle East

ISLAMABAD—Pakistan used its first-ever armed drone on Monday, killing three “high profile” militants near the Afghan border, according to the army.

The missiles hit a compound in the Shawal valley of the Waziristan tribal region, a Pakistani army statement said.

Pakistan first displayed the drone in March, saying it had already been successfully test fired in targeting both static and moving targets. But little is known of the drone’s armament or capabilities.

Pakistan has sought to develop its own drone program for years, and displayed a drone meant solely for surveillance in 2012. The U.S. frequently uses drones to target militants in Pakistan’s tribal regions, but the United States has refused to share the technology with Islamabad — a stance that former Prime Minister Raja Pervaiz Ashraf once referred to as “undeclared technological apartheid.”

The U.S. drone strikes in Pakistan have been a frequent source of tension and controversy; they are unpopular among many Pakistanis and the government has occasionally decried them as violations of Pakistani sovereignty.