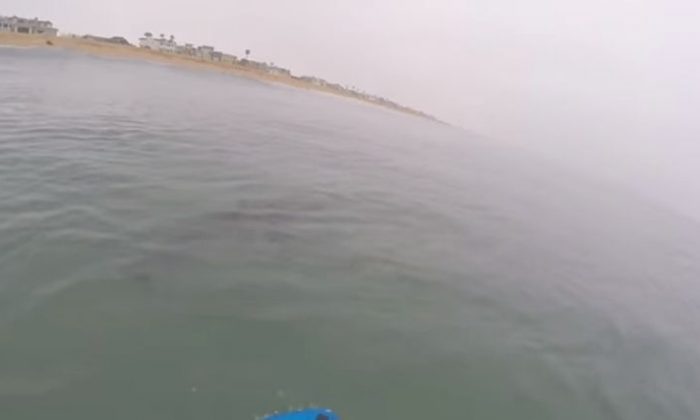 This probably isn’t the best idea.

Two paddleboarders went out to Huntington Beach’s Sunset Beach on Friday and took photos and shot videos of them hanging out with Great White Sharks–despite there being reports of about 10 sightings in the area in recent days, according to LAist.

“My perception of sharks has been so distorted by Jaws and other movies,” boarder Joseph Trucksess told the Orange County Register. “It was cool to see how peaceful and non-aggressive they are.”

“It was cool to be in their territory, on their turf.”

In the video, one says: “There he is… There’s two, there’s another one going the other way.”