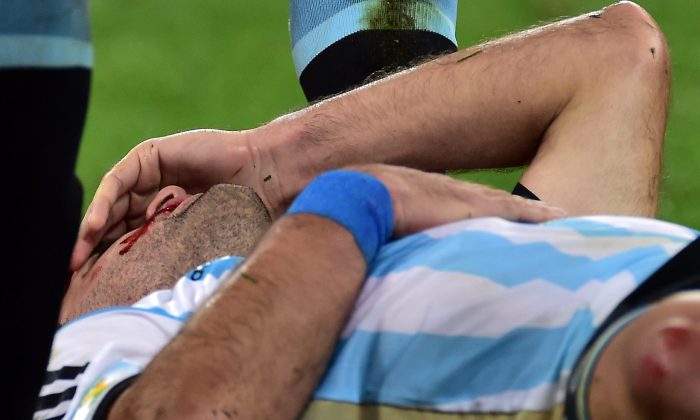 Argentina's defender Pablo Zabaleta reacts after a challenge during the semi-final football match between Netherlands and Argentina of the FIFA World Cup at The Corinthians Arena in Sao Paulo on July 9, 2014. (NELSON ALMEIDA/AFP/Getty Images)
Soccer

Pablo Zabaleta got injured in the 106th minute of extra time.

The Argentine defender collided with Netherlands forward/wing back Dirk Kuyt.

Zabaleta appeared to have cut his mouth.

Check out the collision.