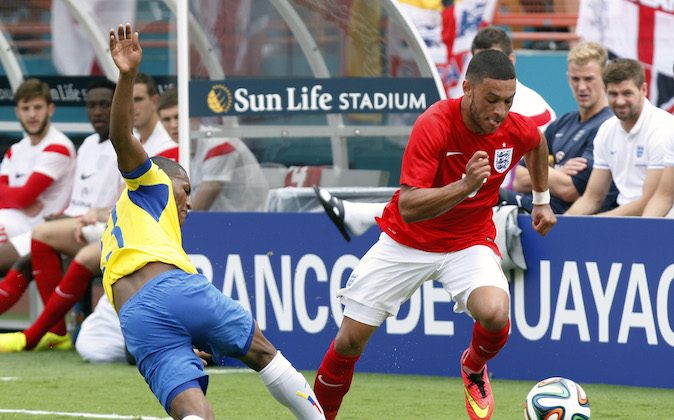 England has until 24 hours before opening its campaign in Brazil against Italy on June 14 to decide whether to replace Oxlade-Chamberlain in the 23-man squad.

The Arsenal midfielder sustained ligament damage in his right knee during England’s 2-2 draw against Ecuador at the Sun Life Stadium in Miami Gardens on Wednesday.

After training ahead of Saturday’s final warmup game against Honduras, Hodgson confirmed that the decision on Oxlade-Chamberlain would be taken “at the very, very last moment.”

Hodgson added: “Let’s hope that it is not that serious and it won’t even be a question of him leaving us.”