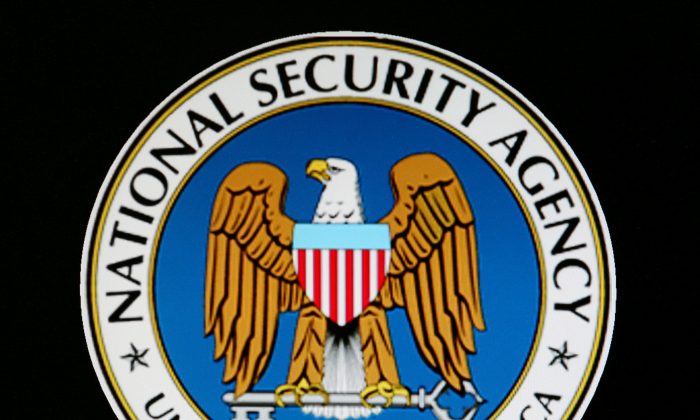 The logo of the U.S. National Security Agency is seen during a visit by U.S. President George W. Bush to the agency's installation in Fort Meade, Maryland, on Jan. 25, 2006. (Reuters/File Photo)
US

Presidentially appointed inspectors general (IG) at two key intelligence community agencies were collectively overpaid more than $168,000 between 2016 and 2020, but it’s unclear whether any corrective action has been taken, according to a Department of Defense (DOD) memo obtained by a nonprofit government watchdog.

The Speight memo was obtained and verified by Empower Oversight Whistleblowers and Researchers, the Arlington, Virginia-based nonprofit that describes itself as a group that “helps insiders safely and legally report waste, fraud, abuse, corruption, and misconduct to the proper authorities, and seeks to hold those authorities accountable to act on such reports by, among other means, publishing information concerning the same.” A copy of the memo was also made available to The Epoch Times.

In 2018, when Storch took over the NSA IG job, he was at Level II of the government’s Executive Schedule, which set his annual salary at $187,000. He received pay raises through 2020 that increased his compensation to $197,300, according to the Speight memo.

Gibson’s salary was incorrectly set by the NRO human resources office at $190,729 when she became the NRO IG. The correct compensation figure at the time of her appointment was $177,791. Gibson received three increases that put her salary at $218,650 by 2020, according to the Speight memo.

An IG can be fired by the chief executive, with 30 days’ notice to Congress and a written explanation of the grounds for removal.

Federal personnel and ethics regulations require all federal employees to report such overpayments as soon as they become aware of them and to make arrangements for repayment to the government.

The Secretary of Defense can waive all or part of the repayment in the case of a DOD entity, but the waiver can’t be applied if the employee should have known about the overpayment and failed to bring the problem to the attention of appropriate officials in a timely fashion.

An NSA spokesman told The Epoch Times late April 4 that the 2019 and 2020 pay increases are being reversed, and Storch will repay them as soon as the precise amount is calculated. A White House spokesman didn’t respond to The Epoch Times’ request for comment on whether Biden was aware of the overcompensation issue when he nominated Storch for the DOD position.

Storch was asked about the overpayment by Sen. Josh Hawley (R-Mo.) following his presidential nomination confirmation hearing earlier this year before the Senate Armed Services Committee.

In a written response, Storch said that as soon as he learned of the issue, he “unambiguously informed the agency officials with whom I spoke, and reiterated to the committee, that I never intended to receive and would not keep any funds if there was any question at all that they were appropriate.

“I instructed my HR lead to follow up and, specifically, to reach out to CIGIE for guidance—my understanding is that the issue is still being researched and I will, as indicated above, immediately repay any and all funds that it is determined may have been incorrectly paid to me,” he said.

An NRO spokesman didn’t respond to The Epoch Times’ multiple requests for comment on Gibson’s overpayments.

There are 76 IGs tasked with investigating waste, fraud, and abuse in major federal departments and agencies, with 29 of them appointed by the president and confirmed by the Senate. The other IGs are appointed by the heads of the agency at which they serve.

The IG positions were established with the enactment of the Inspector General Act of 1978 as a response to widespread media reporting of waste, fraud, and abuse at the General Services Administration, the federal government’s “housekeeping agency.”

The IGs are represented within the executive branch by the Council of the Inspectors General for Integrity and Efficiency (CIGIE). A spokesman for CIGIE didn’t respond by press time to The Epoch Times’ request for comment on the overpayment issue.

Jason Foster, Empower Oversight’s (EO) founder and president, said in a statement: “Inspector General offices must be held to the highest standards of integrity. Independent watchdogs cannot abuse the public’s trust and expect to escape the same measure of accountability they are charged with enforcing on others in government.

“The [CIGIE] Integrity Committee is supposed to police the inspectors general, but if it cannot explain why it took no action on these allegations that would raise serious questions about whether it is capable of living up to its mission and the ideal expressed in its name.”

Storch is listed on the CIGIE website as a member of the Integrity Committee. The NSA spokesman confirmed that Storch recused himself from the panel’s discussion of the overpayments he received. The spokesman also said that, while he couldn’t confirm or deny whether the panel discussed issues related to other IGs’ overpayments, Storch would have recused himself in that instance as well.

EO said in its statement that it has filed five Freedom of Information Act (FOIA) requests seeking documents related to the alleged salary overpayments. In each of the FOIAs, EO informs the agencies that it has reason to believe the overpayment issue has been discussed at CIGIE meetings.

“Specifically, one or both of the NSA-IG and the NRO-IG were allegedly in attendance on such occasions. Moreover, the whistleblower alleges that CIGIE leadership recently warned [presidentially appointed] IGs that the DOD memo had been sent to the CIGIE-IG, but that it had refused to investigate the excess salary payments to the NSA and NRO IGs,” the FOIA requests state.