Rail Blockades: The Destructive Spirit of France's 1968 Revolt Lives On
0 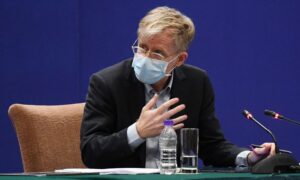 World Not Ready for Coronavirus Outbreak, Says Canadian WHO Expert
0 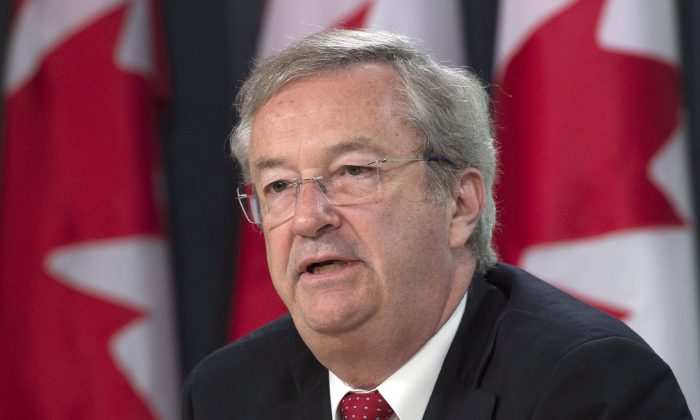 If the Liberal government follows the chief electoral officer’s advice, it may think twice before giving the electoral system the dramatic overhaul it has pledged.

Marc Mayrand is not against such an overhaul, but with the Conservatives demanding a referendum, Parliament would fall short of the kind of majority of votes that New Zealand—an exemplar of electoral reform—requires for similar changes.

The Liberals have pledged that the election that brought them to power would be the last under the first-past-the-post system currently in place. After a rocky start, the special committee struck to look into electoral reform is now touring the country holding hearings on the issue.

Speaking to reporters on Wednesday, Sept. 28, Mayrand cautioned against changing the electoral system without wide support.

“I don’t believe that a single party, whatever the majority of that party is, should be entitled to change the [Canada Elections] Act unilaterally,” he said.

In his written recommendations to Parliament on Monday, Mayrand suggested following New Zealand’s example, which requires a special majority of 75 percent of parliamentarians before key provisions of their electoral law can be changed.

“I believe this is something that parliamentarians should consider,” he wrote.

In one of the Special Committee on Electoral Reform hearings in June, Reid described New Zealand’s electoral reform process as “the closest thing I think we have to a gold standard for a Westminster-style country like Canada.”

The Conservatives could be the only holdouts should the Liberals move forward with a Parliamentary vote.

New Zealand faced the same challenge many countries face: The party in power either doesn’t want to change the electoral system that brought it to power, or favours a system that would benefit it over its political rivals.

But New Zealand didn’t use its special majority provision, and instead went through a referendum process like that favoured by the Conservatives. Coincidentally, the Conservatives currently hold 30 percent of the seats in Parliament, just enough to block any similar majority.

But the Conservatives could be the only holdouts should the Liberals move forward with a parliamentary vote.

While the 10 members of the Bloc Quebecois are still holding town hall consultations in their constituencies before taking a position, Green party leader and sole Green MP Elizabeth May favours moving to proportional representation without a referendum. The NDP also favours proportional representation but supports a referendum only after two elections under a new system.

That would neatly sidestep the most common criticism of electoral reform referendums—that voters don’t know what they are voting for and either don’t vote or stick with the status quo.

In his comments to reporters, Mayrand warned the government to pay heed to the work ahead should it change the electoral system, pointing to failed referendums in Canada and elsewhere.

“We should not underestimate the education and effort that is required, both to inform Canadians about the options that may be contemplated, but also after Parliament has made a choice,” he said.

“I think there is a tendency to underestimate the effort needed to effectively and efficiently inform Canadians.”

Mayrand declined to weigh in on whether the current first-past-the-post system was past its prime, preferring to hold his comments until the special committee tables its report in one or two months.

He did, however, repeat his earlier criticisms of changes to the Canada Elections Act made under previous Conservative and Liberal governments.

The Liberals introduced the per-vote subsidy that gave political parties money for each vote they won in an election. The Conservatives phased out that subsidy and tightened ID requirements for would-be voters.

“Things of that nature do require, in my humble opinion, a broad, broad majority.”

If Parliament does not get a broad consensus, there’s another option besides holding a referendum, he said.

“It could stop there. If Parliament cannot agree, maybe it stops there. That is the other option.”

In other comments, Mayrand was critical of Canada’s outdated way of conducting federal elections, which he said must be modernized to meet the needs of voters.

The Canada Elections Act is based on how elections were conducted in the 19th century, when communication with the regions was limited, oversight was minimal, and election administration was local, he said.

“It is a process that is entirely manual, rigid, and slow.”

In last fall’s election, Mayrand said long lineups at advance polls were the result “of unduly rigid and cumbersome procedures,” frustrating Canadians who expect the voting process to “align with their lifestyles and personal or family situations.”

He is recommending a number of reforms, including making use of modern technology like putting bar codes on voter cards to accelerate lineups at the polls. He also suggested holding elections on a weekend rather than the traditional Monday.