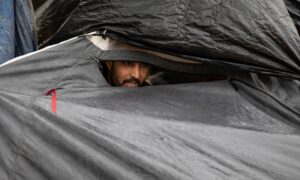 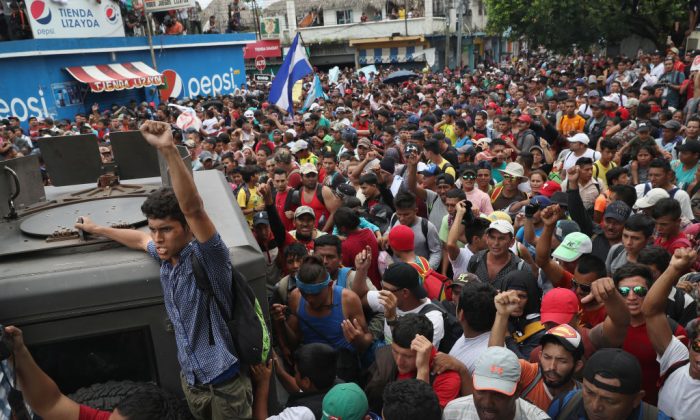 Over 3,000 US-Bound Migrants Cross Illegally Into Guatemala in Caravan

GUATEMALA CITY/TEGUCIGALPA—Large groups of Central American migrants heading to the United States from Honduras barged past armed Guatemalan security troops to force their way into Guatemala on Thursday.

Migrants began gathering near the border at 6:30 a.m. and by mid-day more than 3,000 migrants had crossed illegally, said Guatemalan officials, appealing for help from Honduras.

The caravan is the biggest since the coronavirus pandemic hit Central America in March, shutting off travel as well as triggering a rise in unemployment and poverty.

It comes just a month before the U.S. presidential election. President Donald Trump has made cracking down on illegal immigration a key part of his platform.

In one incident shown on Facebook Live, a crowd of about 1,000 mostly young men and women carrying backpacks and small children forced their way past armed Guatemalan security forces at the Honduran border post of Corinto. Many of the migrants were wearing masks.

Guatemalan authorities had tried to prevent them from entering by demanding proof that they did not have the coronavirus, said immigrants and officials from both sides of the border.

“(We) ask the Honduran authorities to stop these flows in their territory. This cannot be repeated,” Guatemalan director of immigration, Guillermo Diaz, told Honduran HRN radio station, voicing fears that more migrants may be on the way.

“We want to pass peacefully, we don’t want conflicts but we are determined to reach the United States,” said a young man with a mask who identified himself as Alberto on the HCH television channel, before the migrants burst through.

“In Honduras there is nothing, there is no work and you cannot live,” he added.

The pandemic has battered the economies of Central America, and killed more than 2,300 people in Honduras.

By Sofia Menchu and Gustavo Palencia