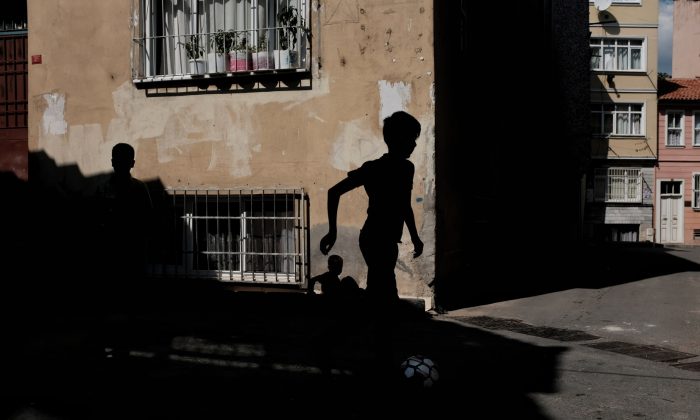 A boy runs down a dark alleyway. (Unsplash)
Crime and Incidents

“The truth” came in the form of a highly anticipated state grand jury report (pdf), nearly 900 pages long and almost two years in the making that accuses more than 300 “predator priests” across Pennsylvania of sexual abuse—and the Roman Catholic Church for its decades-long coverup of the alleged activity.

The partly redacted report was released Aug. 14, after Shapiro fought for it to be made public during a heated legal battle. Shapiro’s office led the investigation.

The findings cover abuse by clergy dating back as much as 70 years in six of eight Pennsylvania dioceses, including Allentown, Erie, Greensburg, Harrisburg, Pittsburgh, and Scranton (Philadelphia and Altoona-Johnstown were already subjects of previous grand juries).

While more than 1,000 child victims were identified, the report indicates that the real number of children whose records were lost or who were too afraid to come forward “is in the thousands.”

The Epoch Times is declining to include specific descriptions and accounts of the many and strikingly similar stories alleging sexual abuse, due to the graphic nature of the crimes and ages of the alleged victims.

“Today, the most comprehensive report on child sexual abuse within the church ever produced in our country was released,” Shapiro said at a news conference. “Pennsylvanians can finally learn the extent of sexual abuse in these dioceses. For the first time, we can all begin to understand the systematic coverup by church leaders that followed.”

The report contains profiles of 301 clergymen with credible allegations against them. But due to continuing legal battles, more than a dozen names and related information were redacted.

“Most of the victims were boys, but there were girls, too. Some were teens; many were prepubescent. Some were manipulated with alcohol or pornography,” the report says.

The report also detailed how church administrators “often dissuaded victims from reporting abuse to police, pressured law enforcement to terminate or avoid an investigation, or conducted their own deficient, biased investigations, without reporting crimes against children to the proper authorities.”

“Above all else, they protected their institution above all costs,” Shapiro said, in referencing the church officials.