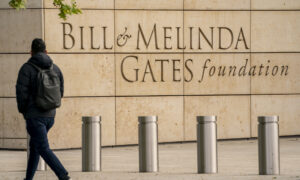 Over 250 Recorded Selfie Deaths Are ‘Tip of the Iceberg’

Beware of the pursuit of that perfect selfie—it could get you killed.

That’s the message from researchers who said there have been over 250 deaths from selfies since the phenomenon began in 2011.

They are calling for “no selfie” zones at certain tourist destinations where the thirst for likes and shares is sending people toppling off the edges of waterfalls or into the path of oncoming trains.

And while young women might be taking more selfies, the reckless behavior of young men means they are three times more likely to die taking the perfect photo, according to the research.

The 259 deaths revealed by the study’s limited methods are likely to be the “tip of the iceberg.”

The leading cause was from drowning, mostly from people being hit by waves or falling out of boats, according to the study, that researched reports from 2011 to 2017.

Over half of the deaths were in India, where the research was carried out by the All India Institute of Medical Sciences.

India has already created 24 no selfie zones along the coast of Goa, with signs on cliffs, popular beaches, and swimming holes in the state, which attracts about 6 million tourists each year.

The other top countries were Russia, the United States, and Pakistan.

Russian authorities in 2015 issued official warnings as a trend for “daredevil” selfies and videos took hold, saying “a cool selfie could cost you your life.” Over 100 people had been injured and 10 killed in death-defying stunts gone wrong, including a woman wounded by a gunshot and two men who killed themselves blowing up grenades.

Transportation was high on the list of causes of selfie deaths in the study.

In India, there have been a number of high-profile selfie accidents from a craze of posing in front of approaching trains, spawning the term ‘Killfies’ and official government warnings.

The study, published in The Journal of Family Medicine, also identified other top causes as falls from high places and being attacked posing with dangerous animals.

In May, an Indian man was killed while trying to take a selfie next to a wounded bear. It was the the third wild animal-related selfie fatality in the region of India in less than a year.

Exponential Increase in the Last Year

The study only scoured worldwide reports in English, so researchers say the 259 deaths identified are just the tip of the iceberg, with reports in local languages missing.

With the explosion of social media use and phones across the developing world,  the problem is rapidly getting worse.

“This is because of increased usage of mobile phones, enhanced selfie features on mobile phones, increased availability of selfie sticks, and also promotion of the phenomenon of selfies through events like ‘best selfie prize.'”

The study called for more no selfie zones to be established in many tourist areas, especially places such as water bodies, mountain peaks, and over tall buildings.

“Selfies are themselves not harmful,” concludes the study, “but the human behavior that accompanies selfies is dangerous.”