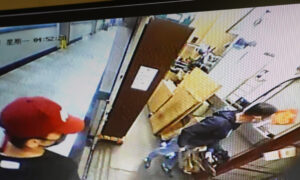 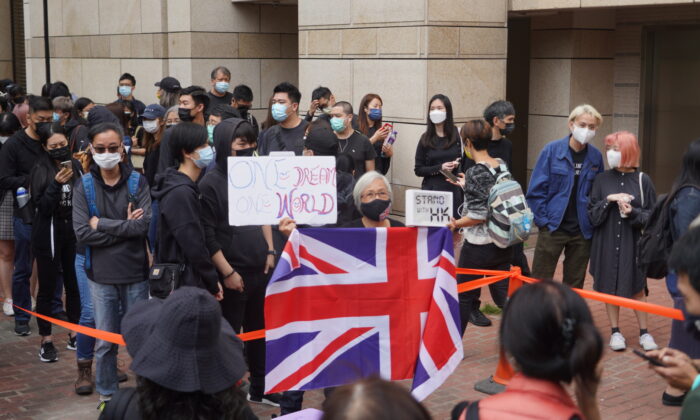 A crowd gathers outside of the West Kowloon Magistrates' Courts, where 47 dissidents charged under the Beijing-imposed national security law were about to appear in court, in Hong Kong on Mar. 1, 2021. (Adrian Yu/Epoch Times HK)
UK

The Chinese regime on March 26 sanctioned nine British individuals and four British entities for being vocal on human rights abuses against the Uyghur people in China’s Xinjiang region. The move was a tit-for-tat retaliation after the UK sanctioned four Chinese officials in coordination with its Western allies over the human rights abuses of Uyghur Muslims.

Apart from UK individuals and entities, the Chinese regime also sanctioned lawmakers, other individuals, and entities from the EU, Canada, and the United States.

“This unprecedented attack on democratic representatives of the Western world deserves a robust and coordinated response,” the letter reads.

“The time has come to expand the list of Chinese officials sanctioned for the gross human rights abuses taking place against the Uyghurs, including the architect of the detention camps Chen Quanguo, and to finally introduce Magnitsky sanctions against the officials and entities responsible for the crackdown on the pro-democracy movement in Hong Kong,” lawmakers urged.

“It is clear that the so-called ‘golden-era’ of relations between the UK and China is now over. We would urge the Government to immediately review, publish, and implement a cross-departmental strategy on how the UK can deal with the growing challenge the [Chinese regime] presents to the democratic world.”

The Beijing-imposed national security law in Hong Kong came into effect on June 30, 2020, a week before the UK sanctioned Russians and Saudis with its new independent sanction powers.

Since then, MPs and peers have demanded the government to sanction Chinese officials—including Chinese Communist Party’s top official in Xinjiang Chen Quanguo, Hong Kong Chief Executive Carrie Lam, and Chinese leader Xi Jinping—over the regime’s suppression of the pro-democracy movement in Hong Kong, and human rights abuses against the Uyghur Muslims in Xinjiang.

The democratic representation in Hong Kong’s Legislative Council has been diminished after pro-democracy candidates were disqualified and charged, and new rules were imposed to change Hong Kong’s electoral system.

British Foreign Secretary Dominic Raab last month said the UK considers the Chinese regime to be “in a state of ongoing non-compliance with the Joint Declaration.”

Speaking at a ceremony on Thursday to mark an “education day” for the national security law, Luo Huining, the director at China’s Hong Kong Liaison Office, said: “We will give a lesson to all foreign forces which intend to use Hong Kong as a pawn.”

No. 10 Downing Street and Foreign, Commonwealth & Development Office didn’t respond to The Epoch Times’ request for comment at the time of publishing.