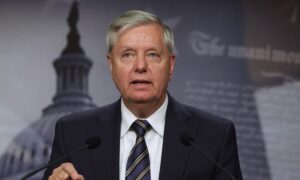 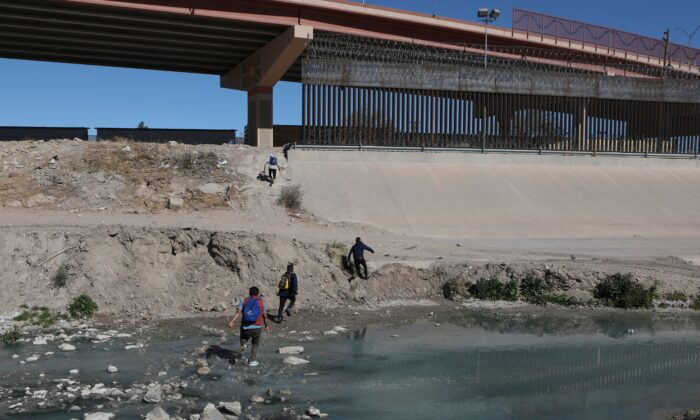 CBP said in a March 17 release that border agents apprehended four large groups between Monday and Wednesday, which followed an earlier announcement of two large groups of illegal aliens crossing the border into the United States over the weekend.

On Saturday morning, agents responded to a report of a large group of illegal aliens near Las Lomas, Texas, apprehending a total of 134 people. CBP said that 128 family members were identified within that group, which consisted of nationals from Honduras, El Salvador, Guatemala, and Nicaragua.

Hours later, agents were notified of another large group of illegal aliens crossing near La Grulla, Texas. That group of 113 illegal aliens consisted of both family unit aliens and seven unaccompanied alien children. While most of the members of that group were from Central America, 17 people were identified as Romanian nationals.

“Even with the spread of the COVID-19 virus, human smugglers continue to try these brazen attempts with zero regard for the lives they endanger nor to the health of the citizens of our great nation,” CBP said in a statement.

On Monday, agents working near Mission, Texas, responded to a report of a large group of illegal aliens crossing the Rio Grande, with responding agents taking into custody 110 illegal aliens. After they finished screening those people, agents received reports of another large group preparing to cross the river into the United States.

“Agents responded to the same area, and again observed several inflatable rafts full of adults and children crossing the river,” CBP said, noting that a total of 105 illegal aliens were apprehended as part of the second group, which consisted of 35 family units and 24 unaccompanied children.

It comes as Texas Gov. Greg Abbott warned Wednesday that the number of people illegally crossing America’s southern border will continue to surge.

“This is just the very beginning of what’s going to be a massive expansion of the number of people coming across the border. It will grow tenfold and a hundredfold, especially because of the way the Biden administration has handled this,” Abbott, a Republican, said in an appearance on Fox News’ “Hannity.”

“Remember during the presidential campaign when all of the candidates said, ‘We want open borders’? Well guess what? Biden has provided those open borders. He’s inviting everybody in and the floodgates are now open and Texas is at the forefront of it,” Abbott added.

President Joe Biden promised during his presidential campaign to roll back key Trump-era orders and rules and has done so since taking office, including winding down the Remain in Mexico program that made asylum seekers wait for their claims to be heard outside the country, and lessening how many illegal immigrants are expelled under Title 42.

“The border is secure and the border is not open,” Homeland Security Secretary Alejandro Mayorkas told members of Congress during a Wednesday hearing, adding that Title 42 powers are still being used to expel single adults and families, just not unaccompanied minors.

“We’re not going to send a 10-year-old back across the border. That was the policy of the last administration. That’s not our policy here,” White House press secretary Jen Psaki told reporters at the White House as she defended the administration’s policy reversals.

Republicans have repeatedly criticized the Biden administration for its immigration policies.

Sen. Lindsey Graham (R-S.C.) recently told Sean Hannity in an interview that policy shifts around immigration—away from former President Donald Trump’s tough approach—are “a disaster in the making” and “the worst is yet to come.”

“This border insecurity is a great way for terrorists to come into our country,” Graham said, adding that, unless the Biden administration restores some Trump-era policies, the rush on the border will only intensify.