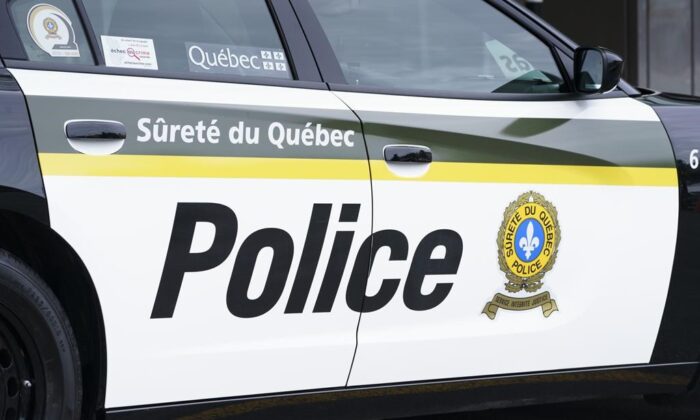 Amid rising crime rates and calls from some to “defund the police” a new paper suggests an alternative solution to help manage the swelling costs of policing: outsource non-core police tasks to licensed security professionals.

Supplementing the police force with security personnel could save millions of dollars while lowering crime rates by allowing police to focus only on those areas that require a high degree of police training, says the paper, “Let the Police Police, and Let Entrepreneurs Handle the Rest,” [pdf] by the Montreal Economic Institute.

“A very significant portion of the work carried out by police officers does not involve the most specialized aspects of the extensive training they’ve received,” said Krystle Wittevrongel, public policy analyst and co‑author of the paper, released Sept. 8.

“In fact, only 10 percent of the tasks officers carry out are highly demanding of all of these skills. An analysis conducted over thirty years in British Columbia revealed that officers spend 40 percent of their time on report writing and other administrative tasks.”

Non-core tasks also include fingerprinting, security clearances, funeral escorts, guard duty, dispatching police vehicles, and event patrol. These are examples of “mission creep,” the paper said, where demands on officers to take on roles in non-criminal areas expanded over time.

But the authors argue that if licensed security professionals can be entrusted to take on the non-core tasks, it can ease budgetary pressures and help police forces increase their operational efficiency, thereby reducing crime and improving job satisfaction among officers.

“According to our calculations, we could reduce Quebec police forces’ annual operating expenditures by between 17 percent and 20 percent, which represents savings of between $525 million and $615 million per year,” Wittevrongel said.

“A similar calculation for Alberta finds between 11 percent and 14 percent in reduced annual operating expenditures, representing savings of between $171 million and $225 million per year.”

These savings could be used to reduce provincial deficits or improve core police services, she added.

Canadians are also in support of the strategy, the paper suggested, citing a poll conducted by Ipsos in 2017 that found 59 percent of Canadians agreed with the idea of private security firms performing support tasks currently being carried out by the police.

Wittevrongel said evidence has shown that the UK, which adopted this approach, has experienced a reduction in crime rates and generated savings.

A UK study conducted by Her Majesty’s Inspectorate of Constabulary and Fire & Rescue Services (HMIC) in 2012 found that “collaboration offers the potential to improve both efficiency and effectiveness.”

“Forces are improving the service in some areas (such as protective services) and save money in others,” HMIC stated.

The paper added that with the offloading of non-core tasks and the curtailing of mission creep, officers are motivated to do their job well.

“The job satisfaction of police officers can only improve as they focus more on the tasks for which they were trained,” Wittevrongel said.