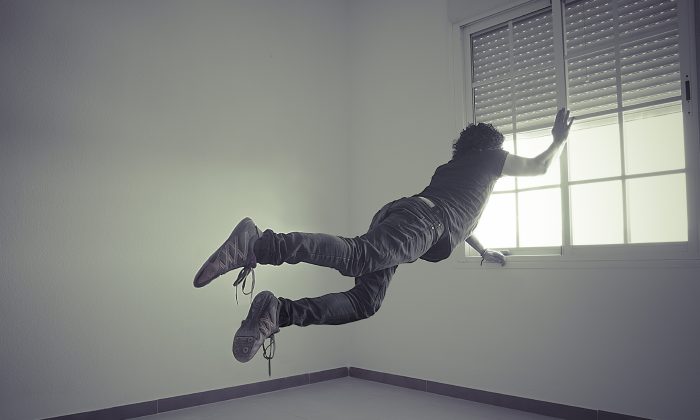 From ancient history to the present day, across many cultures people have reported out-of-body experiences (OBEs). Scientists have reproduced certain aspects of this experience in labs—including, for example, the sense of being in a different body or moving around as a disincarnate consciousness.

Yet experiencers—particularly experiencers who are also scientists—say these studies do not sufficiently explain all aspects of OBEs. A free e-book published this month, “Consciousness Beyond the Body: Evidence and Reflections,” gathers current scientific knowledge related to OBEs, makes suggestions for further study, and reflects on the nature of the phenomenon.

It is edited by Alexander De Foe, who completed his Ph.D. in experimental psychology at Monash University in Australia. He worked with virtual-reality-based illusions, often used in attempts to show OBEs are mental illusions. He also examined 194 experiencers to determine predisposing factors and potential typologies.

The book brings together perspectives from various researchers who are also experiencers.

“The fact that differing authors with experiential knowledge of OBEs identify a common genesis to the OBE, and that they have a way to consistently induce OBEs using specified techniques, is academically interesting,” wrote Dr. Natasha Tassell-Matamua, a senior psychology lecturer at Massey University in New Zealand, in an introduction to the book.

Many cases have been reported of people seeing something while in an OBE, then verifying later that what they saw was correct. In these cases, it seems the person could not have obtained this knowledge by ordinary means.

The book explores studies in which researchers tried to produce these veridical perceptions in a controlled environment. Though these attempts often failed, there were some controversial successes.

But the wealth of documented and investigated cases outside of the lab may point to flaws in the experiments rather than the non-existence of veridical perception during OBEs.

De Foe included the example of a woman named Akhena, who often experienced OBEs. On Dec. 26, 2004, she had an OBE in which she saw a friend of hers in a dark old-fashioned classroom alone and frightened. She had recently received a card from this friend, who was traveling in India. As far as Akhena knew, the friend was happy and doing well.

The next morning, Akhena learned a tsunami killed hundreds of thousands of people in the region. Days later, early in January, she found out her friend was indeed trapped in a cold, dark school room for days. The room matched the description of Akhena’s vision.

Nelson Abreu, an engineer, OBE researcher, and former intern at Princeton University’s Engineering Anomalies Research Laboratory, is one of the authors. He noted: “Aside from arguing the verifiable aspects of OBEs, studying this phenomenon would no doubt provide valuable insights into the human mind.”

Even if we say OBEs are imaginary, he said, “it is clear that OBEs have historically had a profound effect on individuals.”

He gave a historical example that reflects the effects OBEs still have today: Plutarch of Chaeronea wrote about Aridaeus who was in a coma in 79 A.D. Aridaeus had a bad reputation as a dishonest man. While in a coma, he reportedly left his body and experienced another realm inhabited by beings in a disturbed or negative psychological state. A spiritual guide spoke to him.

When he emerged from his coma, he became a charitable and respected citizen.

Abreu noted that numerous statistical surveys over the past century in several countries (including the United States, Australia, and Brazil) in four continents, have revealed that millions of people have OBEs. A conservative estimate based on the surveys would suppose some 70 million people worldwide have had OBEs.