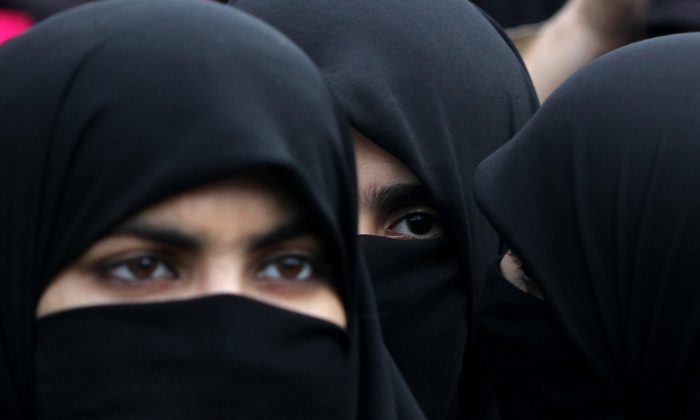 Kuwait: No Hijab, No Vacancy?

During an interview at a Kuwaiti government school, Asmath Choudhary, a middle-aged lady from Bangladesh who was trying for the position of a cleaner was very nervous. “It’s my first time that I was going to attend any kind of interview. I have never been to school. I can’t speak English or Arabic and don’t understand both the languages. But, I wanted this job badly. I have three young school-going children”. Arabic knowledge was crucial, especially since the post was in an Arabic school but the authorities were willing to overlook it on one condition; that she wears a hijab at work.

“I am a Muslim, but I never thought of covering my head until that day. But I don’t mind wearing the hijab”. Asmath has been working for a year-and-a-half, and wears the hijab as a part of her work uniform. No matter which part of the world you are from, if you have lived in Kuwait or the Middle East, you will be familiar with the hijab. Many have turned the hijab into a personal style statement and opt for designer ones which make them all the more chic. …

North Korea is set to complete construction of a lavish ski resort, touted as one of its young leader Kim Jong-un’s pet projects, in late November and will formally open it next January, China’s state media reported Saturday.

The Masik ski resort, located near the North’s east coast city of Wonsan, has been under construction since earlier this year.

South Korea’s spy agency told lawmakers this week that the North Korean regime has “wasted” $300 million to build leisure and sports facilities, including the ski resort, despite chronic food shortages. …

The annual event is both physically and mentally demanding and is a highlight in the British Army’s training calendar. Internationally, it is regarded as one of the toughest tests facing the modern-day soldier and some foreign entrants have to claim the right to take part by winning through their own domestic competition. …

The spelling is ridiculous, the accents are impossible and then there are all those irregular plurals. Is it any wonder Spanish students of English sometimes just want to scream?

But can Spaniards really blame her for not having a thorough grasp of a language which is as important as it is frustrating? …

The ACT’s new drug-driving laws have come under fire after a senior public servant who ate a breakfast muesli containing hemp seeds was dragged through a nine-month court battle.

The 2011 laws raised immediate concerns from lawyers and civil libertarians for their zero-tolerance approach, which criminalises even the smallest trace of drugs found in a driver’s system. …

Canada: U of T scientists discover why icicles have ridges

Sure, Ruffles have ridges, but why do icicles? Well, it turns out it’s all about the salt.

A team of scientists at the University of Toronto has discovered that the salt in water is responsible for the distinctive ripples seen in the ice stalactites that grow from eaves and on bridges during the winter.

Other contaminants as well probably contribute to the formation of the characteristic bumps, says senior author Stephen Morris, an experimental physicist at the University of Toronto.

“We didn’t expect this, but it turns out that very slightly dirty water — like Toronto tap water — produces nice ripply icicles,” says Morris of the research, which is published this week in New Journal of Physics.

“And pure water, or even just distilled water which is pretty pure but not super pure, produces smooth icicles with no ripples on them.” …

So you want to know the secret to Danish happiness? Join the queue. Since the early 1970s, Denmark has topped just about every Happiness Index or Quality of Life list ever published. As a result, the whole world is fascinated by Danish society, Danish lifestyle and the myriad varieties of heirloom organic grains available here. Last month, the Danes topped the Columbia University Earth Institute’s World Happiness Report. The month before, it was Monocle magazine that put Copenhagen at the top of its Most Liveable Cities list. (Full disclosure: that was me.) These reports come along more regularly than the 5A bus, and Denmark is usually in the driving seat. As for the the Danes’ response, in my experience they tend to approach these surveys like the victim of a practical joke waiting to discover who the perpetrator is. …