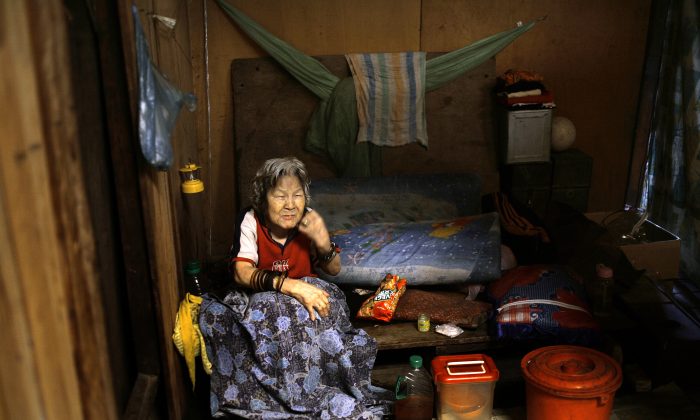 Costa Rica’s Health Ministry issued a health alert this week on a product known as supralingual mesh, or slimming mesh, a small piece that is sewn on the tongue to diminish the taste of food.

The product promises to help users lose up to 15 pounds a month, but a different use was listed during its sanitary registration in the country, the ministry said in a press release.

The product is being offered to the public as a “fast, effective and economical way to lose weight,” because it reduces the normal tasting sensation for solid foods. People who use it are forced almost exclusively to consume liquids.

But its use is not only risky from a nutritional point of view: “It can cause pain, bad breath, oral hygiene problems and infections that could jeopardize the user’s life,” the ministry said.

Supralingual mesh, or slimming mesh. (Courtesy of the Costa Rican Ministry of Health)

It has taken several years and cost at least $10,000 for the North and South Islands to officially be named what we’ve been calling them for decades.

New Zealand Geographic Board chairman Don Grant said the total cost of recommending those names to the minister could not be quantified “due to the several years that the proposals have been under consideration.” …

For this week’s The Local List, we have chosen ten global brand names that are unintentionally hilarious for Spanish speakers. Brace yourself.

When it comes to selling your brand, getting the name right is critical.

Just like Ghana’s Pee Cola and China’s Only Puke crisps don’t work in English, Mazda’s Laputa (‘the whore’) was never likely to take off in Spain.

Now The Local has come up with a list of the most inappropriate brand names for the Spanish market. …

Fresh as it may be, Cambodia’s Orina spring water probably wouldn’t win too many fans in Spain. It’s name means ‘urine’.  …

If you are ever in the Philippines, you may want to snack on a mamon tostado (toasted idiot in Spanish).

NBTC secretary-general Takorn Tantasit said the move follows many complaints from several agencies about  illegal broadcasts interferring with legal signals in violation of the law.

He said 167 stations have closed down and another 109 stations searched. However, the remaining of 1,355 stations were still in queue for legal processing.

He said the illegal radio stations violate the Communication Radio Act, which provides for a maximum penalty of five years’ imprisonment and  a 100,000 baht fine. …

Serie A clubs have asked the Italian Soccer Federation (FIGC) to change its tough new anti-racism regulations after AC Milan were handed a stadium ban because their fans abused Neapolitans.

“We have formally sent a letter requesting the regulation on regional discrimination be modified,” Maurizio Beretta, the president of the League of top-flight clubs, said Wednesday. The FIGC’s new regulations, which were brought in at the end of last season in line with directives from European soccer’s governing body UEFA, put “regional discrimination” on a par with abuse that refers to people’s skin colour or ethnic origin. …

Canada: Why Stephen Harper disses the Commonwealth and UN: Walkom

The prime minister has little use for international bodies that Canada once championed, like the UN and Commonwealth.

Stephen Harper … plans to boycott an important Commonwealth meeting next month. He regularly snubs the United Nations.
The prime minister usually explains his disdain in terms of values. He says his decision to skip the biennial Commonwealth heads-of-government meeting in Sri Lanka stems from that country’s atrocious human rights record.

And he blamed the Commonwealth itself for failing to censure Sri Lanka, saying Canada is reviewing its funding for the voluntary grouping of 53 independent nations, most of which are former British colonies.

Harper has never bothered to articulate his dissatisfaction with the UN. But his can’t-be-bothered approach mirrors that of many U.S. conservatives, who see the world body as a bureaucratic talk shop that gives far too much weight to enemies of American values. …

Malaysia: Adult and baby diapers now 12.14% of waste in Malaysia

Malaysians are throwing away more diapers each year, as the population ages and more elderly people have started using diapers, aside from babies, said the Ministry of Urban Wellbeing, Housing and Local Government.

Its secretary-general Arpah Abdul Razak said on Tuesday that diapers now formed 12.14 per cent of the total waste disposed in the country.

“This shows that we have an ageing population as more senior citizens are using diapers, too,” she said in her presentation entitled “Solid Waste Management in Malaysia: A Way Forward” at the International Solid Waste Association (ISWA) Congress 2013 in Austria. …