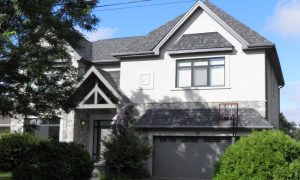 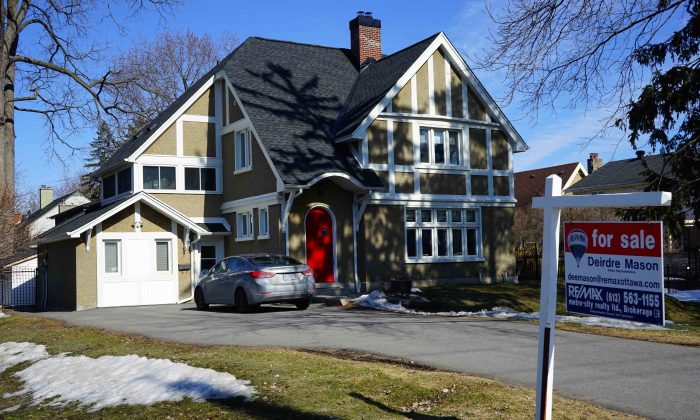 A two-storey home is for sale in Ottawa on April 7, 2015. (Pam McLennan/Epoch Times)
Business

Talk of a housing bubble, overvaluation, and market corrections don’t apply when it comes to Ottawa’s stable and consistent real estate market.

Trying to characterize Canada’s housing market is an exercise in futility given the distortions caused by cities like Vancouver and Toronto that are booming and Calgary that is showing early signs of a slowdown. But Ottawa could be considered an example of the desired behaviour of a large metropolitan housing market.

Ottawa (including Gatineau across the river in Quebec) is Canada’s fifth largest metropolitan centre (after Toronto, Montreal, Vancouver, Calgary, and Edmonton), with a population of roughly 1.3 million.

Headwinds Gather Steam Against Alberta’s Housing Market
The nation’s capital city, Ottawa hasn’t seen the population growth experienced by some other larger centres over the past couple of years. Its population has grown 1.2 percent over 2013/2014, a far cry from the north of 3 percent in Calgary and Edmonton, according to Statistics Canada.

Lack of a rapidly rising population is one reason why Ottawa home prices haven’t surged higher. And at the same time, the stable employment situation has prevented prices from dropping.

The Bank of Canada and other entities like the International Monetary Fund have pointed to an overvaluation in Canadian housing of anywhere from 10 to 30 percent.

It’s difficult to find that level of overvaluation in many parts of the country, including Ottawa. Nationally, prices have risen from 4 to 5 percent in the last year, but Ottawa’s prices have been downright boring. But boring can be a good thing.

“Ottawa’s just so consistent. The stability of the employment and the jobs here in Ottawa have made everything stable including the real estate market,” said David Oikle, president of the Ottawa Real Estate Board (OREB), in a phone interview with Epoch Times.

“Other markets have swings and ups and downs, but Ottawa’s been so consistent for a long time.”

Ottawa home prices have slowly trended higher, but they have not kept pace with the national Multiple Listing Service (MLS) Home Price Index (HPI) since 2005, based on data from the Canadian Real Estate Association (CREA). But when the financial crisis hit in late 2008, there was hardly a wobble in the trend.

This kind of price stability quashes any talk of a housing bubble or overvaluation, both of which are regionally specific phenomena. Nevertheless, those regions experiencing overvaluation tend to dominate discussions about the national housing market.

Other markets have swings and ups and downs, but Ottawa’s been so consistent for a long time.
— David Oikle, President, Ottawa Real Estate Board

Affordability of housing varies greatly across Canada. To realize this, one only needs to read reports of a modest bungalow in Vancouver selling for over $2 million, or the price of detached homes in Toronto surging 16 percent to over $1 million.

According to RBC’s housing affordability measure for the fourth quarter of 2014, Vancouver’s was 84.2, Toronto’s was 56.8, and Ottawa’s was 36.0. This means that, in Vancouver, homeownership costs (mostly mortgage payments) for a detached bungalow eats up over 80 percent of a typical household’s pre-tax income. Ottawa compares very favourably at 36 percent.

The recent frigid winter in Ontario didn’t really affect housing activity in Ottawa either. During the coldest February on record, sales were down a modest 1.7 percent as compared to February 2014. And with the warmer March, sales have picked up 2.0 percent year-over-year. The average selling price in March for Ottawa was $361,572, an increase of 0.7 percent from March 2014.

“So far, the 2015 resale market in Ottawa remains steady and strong,” said Oikle in an April 8 OREB press release. “Good market for buyers and good market for sellers.”

In terms of housing starts, February represented the fifth straight month of declines on a national level. Canada Mortgage and Housing Corporation’s first-quarter housing outlook forecasts that starts will come down to 5,260 in 2015 from 5,762 in 2014 for Ottawa (down 9 percent).

“What we have right now is a healthy balance of supply and demand,” Oikle said. “We’re very fortunate.”

With the Bank of Canada’s rate cut in January, the concern was that it would further amplify the overheating housing markets in Toronto and Vancouver. But Oikle hasn’t seen any change in the behaviour of homebuyers in Ottawa.

“The rates have been low for a long, long time. Ottawa’s a pretty conservative town, not very flashy.

“I don’t expect it to create any great changes,” said Oikle.

And that seems to be the modus operandi for Ottawa’s housing market that keeps inching along.