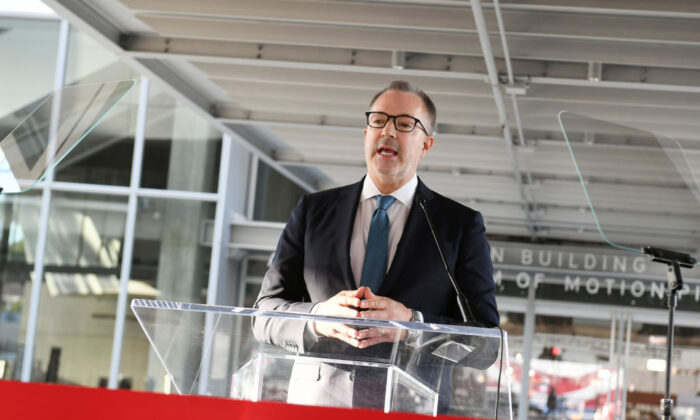 LOS ANGELES—Following three years of sinking Oscar ratings and Will Smith’s “slap heard around the world,” the Academy of Motion Picture Arts and Sciences named its new CEO on June 7.

The Academy’s board of governors selected Bill Kramer to head the organization following the departure of Dawn Hudson, who had been the CEO for 11 years.

Kramer is the current director and president of the Academy Museum of Motion Pictures where he supervised the opening of the Academy’s first permanent retail store and raised $388 million for the museum project.

“Bill Kramer has been a transformational leader in establishing the Academy Museum of Motion Pictures as a beacon for movie lovers and a manifestation of everything the Academy represents and celebrates,” said Academy President David Rubin. “His vision for the Academy’s future is likewise bold and inspiring, and our governors have agreed he is the ideal choice to lead at this pivotal moment for the organization.”

Hudson announced in October she would not seek another term at the helm. Her contract runs through May 2023, according to her statement from last October.

“After more than ten years and the incredibly successful opening of our new museum, I’ve decided, when this term concludes, it will be time for me to explore other opportunities and adventures as this can hardly be topped,” Hudson said. “The Board of Governors and I are mutually committed to a seamless transition to new leadership. I’m excited for what the future holds, for both the Academy and for me.”

Hudson oversaw the creation of “Academy Aperture 2025,” a set of diversity, inclusion, and equity standards for future films to be considered for awards and for the Academy’s governance, membership, and workplace culture.

This change of leadership comes after best actor winner Will Smith’s impromptu onstage slap of Chris Rock at this year’s Academy Awards in March—after the comedian made a joke about his wife Jada Pinkett Smith’s hair. Smith later apologized and resigned from the Academy and was banned from attending the event for 10 years.

The Academy’s CEO oversees a 450-person staff in Los Angeles, New York, and London; operations and outreach, including awards, membership, marketing, communications, finance, and technology; the Academy Museum of Motion Pictures and the Academy Foundation.