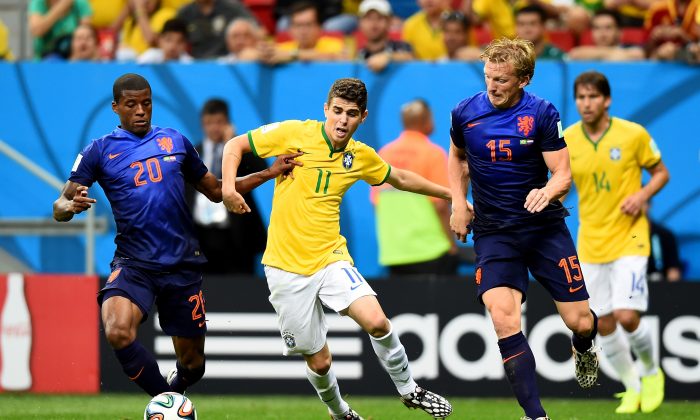 Oscar of Brazil is challenged by Georginio Wijnaldum (L) and Dirk Kuyt of the Netherlands during the 2014 FIFA World Cup Brazil Third Place Playoff match between Brazil and the Netherlands at Estadio Nacional on July 12, 2014 in Brasilia, Brazil. (Photo by Buda Mendes/Getty Images)
Soccer

Oscar got booked in the 68th minute for diving.