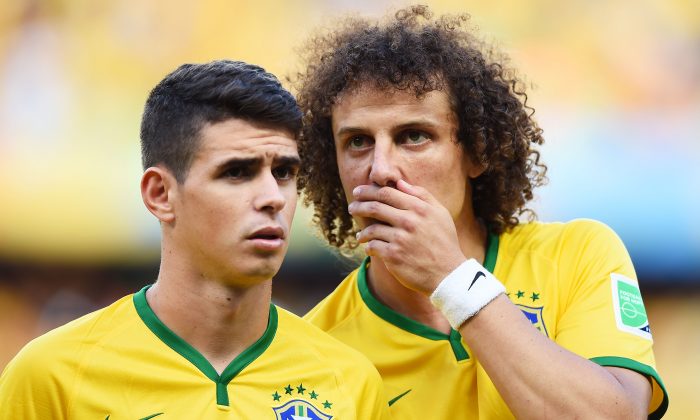 Oscar (L) and David Luiz of Brazil look on during the 2014 FIFA World Cup Brazil Quarter Final match between Brazil and Colombia at Castelao on July 4, 2014 in Fortaleza, Brazil. (Laurence Griffiths/Getty Images)
Sports

According to Brazilian website globo.com, Oscar and Ludmila became parents to their daughter Julia on June 5, 2014.