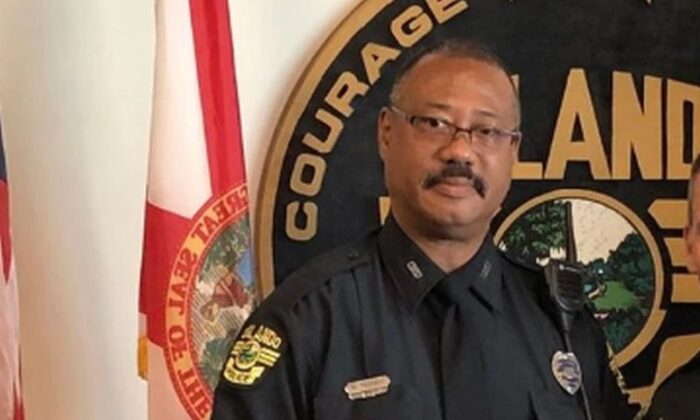 A Florida school resource officer was fired from his job after he arrested two 6-year-olds in an incident that spurred nationwide outrage.

Chief Orlando Rolon said that Dennis Turner, the former resource officer, arrested the children in separate incidents without the approval of a supervisor.

“It was clear today when I came into work that there was no other remedy than to terminate this officer,” he said, reported CNN, adding that he also reviewed paperwork and statements before coming to that conclusion.

Rolon said that a major priority as the chief of police is “to earn and protect the trust between the community and its officers.” He said the two arrests put that into question.

“On behalf of myself and the Orlando Police Department, I apologize to the children involved and their families,” Rolon said.

State Attorney Aramis Ayala said that the two 6-year-old children will not be prosecuted, and officials will attempt to remove the arrests from their records, ClickOrlando reported.

“I want this community to know that I hear you. I also want you to know that when it comes to little elementary-aged children, we will not negotiate justice, ever. Today, the healing can start,” Ayala said.

The police department said that the process to arrest the 6-year-old was “stopped immediately,” CNN reported.

“The second transport officer verified approval was not obtained and the process for the six year old was stopped immediately,” the office said. “The child was returned to the school prior to being processed at the Juvenile Assessment Center.”

The office said that the same officer arrested another 6-year-old in another incident.

“The first transport officer was not aware an approval was not obtained, and the (other child) was processed through the Juvenile Assessment Center. The child was released to a family member a short time later,” the statement read.

Kaia Rolle was acting out at Orlando’s Lucious and Emma Nixon Academy, said grandmother Meralyn Kirkland, according to WKMG. The girl was then taken to the principal’s office.

Kirkland alleged that an employee grabbed Kaia’s wrists before she began kicking her legs.

After Turner intervened, Kirkland said she was then taken to the Juvenile Assessment Center in Orlando on a battery charge, her grandmother said. The girl was fingerprinted and a mugshot was taken.

In an email to the local station, Orlando Police Sgt. David Baker also confirmed Turner made the arrest.

“During the arrest process, supervisors became aware of this incident,” Baker said.

Kaia was later released from custody and was taken back to the school after she was processed at the Juvenile Assessment Center.

“When they finally brought her in there, she was shaking like a leaf and she was telling me, ‘Grandma,’ she says, ‘the handcuffs hurt,’” Kirkland said, adding that the girl was transported in a patrol car.