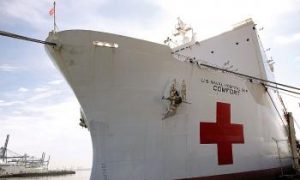 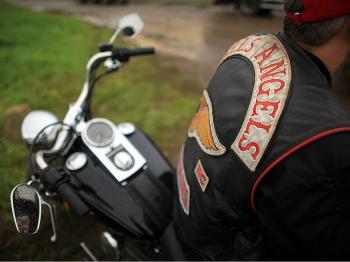 Grappling the Mutating Beast of Organized Crime in Canada

By Matthew Little
Print
OTTAWA—Moving from the street to the boardroom, with new types of gangs emerging along the way, organized crime in Canada has grown steadily in recent decades.

Now the Canadian Parliament is looking into how to tackle these groups before they get too big and too entrenched.

But it is a complicated issue to resolve. In the prairies, Native gangs have grown rapidly, replacing family-based criminal networks, while more established crime groups like the Hell's Angels, widely recognized as an outlaw motorcycle gang, and the Mafia operating in Quebec, have moved steadily to find legitimate business activities.

Police are hard pressed to challenge the growth of these criminal networks, and their almost inexhaustible resources, and lightning-quick adoption of the latest technology.

The Committee on Justice and Human Rights is currently holding hearings with experts ahead of a report due in October.

All MPs on the justice committee agree on the vast majority of what needs to be done, according to Liberal Vice chairman Brian Murphy and Chairman Conservative MP Ed Fast.

Both agreed that with such a variety of organized crime in Canada, the problem will need to be tackled on several levels, from funding social programs to keep young people from getting involved in crime groups, to making it easier for law enforcement to gather intelligence and—perhaps most importantly—attacking the profits of criminal activity, something the committee heard from several witnesses.

“That's going to involve a number of strategies including meting out our forfeiture laws and ensuring that we can go out after some of the hard-core assets that some of these organizations accumulate over years of crime,” Fast said.

That goal is made more difficult by the efforts of more established criminal groups to diversify away from street-level crime and invest the proceeds of drug sales and human trafficking into mainstream businesses.

“What you're trying to do is hide your illegal activities behind the guise of operating legitimate businesses, and the Mafia is certainly one example of that. The biker-gangs of course use surrogates to do much of their business,” Fast said.

Further, hiding behind lawyers and chartered accountants, some criminal groups are making every effort to gain influence over the institutions designed to suppress them, including the judicial system.

Some witnesses testifying before the committee talked about threats, intimidation, and home invasions being carried out against crown attorneys, but it could get worse if something isn't done, Fast said.

“Once you get infiltration to the higher levels of government it's almost impossible to turn the tide on it.”

That is one of Nicaso’s greatest concerns. While action to attack the kind of street-level crime like drug trafficking and extortion can be effective, Nicaso said the people that commit those crimes are easily replaced. The only way to attack these organizations is to target the gray area where the criminal world meets the corporate, he said.

“If we cannot dismantle the gray area, we will never do anything," he said.

While some provinces have legislation that targets the proceeds of crime, it is rarely used outside Quebec. “So what we should do is start using those pieces of legislation, but most importantly we should focus on the right side, the corporate side of legislation.”

Brian Murphy, the vice chairman of the justice committee, said one possible way to address this problem is to remove the anonymity that helps organized criminal groups hide themselves in the corporate world.

He said ownership issues are a major challenge because criminal groups can incorporate a company through a lawyer and never have the names of the actual equity holders appear on any record.

“It doesn't get you to the real owner of the actual physical property, which is what people in this business are converting their drug sales into,” Murphy said.

Nicaso said that kind of legislation would be a step in the right direction—the kind of move needed if Canada is going to keep organized crime from becoming further entrenched.

And entrenched it is. Recent reports have uncovered prolific organized criminal activity in Quebec where the Mafia has possibly siphoned billions from infrastructure spending by controlling the construction companies bidding on public projects, driving costs up by as much as 35 per cent, said "Radio Canada."

“The impact of crime in Canada is huge and organized crime is perhaps the biggest perpetrator of serious and violent crime in Canada. So yes, Canadians do need to take notice.”