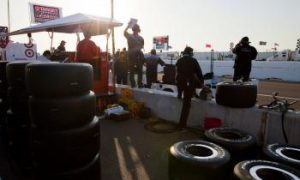 Nijat Abudureyimu woke in fright at 5 a.m. on the morning of Sept. 21 as dozens of policemen piled into his small living quarters in the Commune de Fontainemelon, Switzerland, telling him that he would be sent back to Italy that afternoon.

Mr. Abudureyimu (also spelt as Nijiati Abudureyimy) is a high-profile defector from communist China; he says being sent back to Italy is as good as a death sentence.

Since Italy has failed to grant him asylum status before, Mr. Abudureyimu believes that, once in Rome he, would be swiftly shipped to Dubai, the first country he landed in after fleeing China. “There’s no difference to being in China,” he says of the prospect. “Even thinking of it now, I find it extremely frightening.”

The Epoch Times today learned of the developments in Mr. Abudureyimu’s case in a telephone interview conducted in Mandarin.

As a policeman in the remote Xinjiang province of China, Mr. Abudureyimu for years bore witness to the Chinese state’s practice of organ harvesting of death-row prisoners—sometimes while they were still alive.

Having fled China in late 2006, he first went to Dubai, then Italy, then Norway, then Switzerland, applying for but not being able to secure political asylum at every step.

Since Italy was the first EU country he arrived at and applied for asylum in, it was to Italy that the Swiss authorities sought to deport him.

He got to Switzerland last November, and has been staying in Fontainemelon, a small village in the west of the country, with the ever-present threat of arrest and deportation hanging over his head.

He told The Epoch Times that while he knew a deportation attempt was coming, he did not expect it so soon, nor the force with which the authorities attempted to execute the procedure. “They came with a lot of cars, a lot. And many police officers… There were a lot of people in the room. ‘Stand up, come with us!’” he said, recounting the raid. “They told me take all my clothes off, to get naked. I refused.”

Swiss official Gamma Serge explained this by saying it was part of police regulations, and for the safety of Mr. Abdureyimu to remove his clothes, in case he had concealed a sharp object.

Just before he was to board the plane that afternoon at the international airport, Mr. Abudureyimu was able to consult with his lawyer, Philippe Currat. Mr. Currat advised that he had the right to refuse to board the plane.

This he passed on to the police in the strongest terms—“I was extremely agitated, I said ‘I tell you: I will not board the plane!’”—and after more back and forth, the authorities allowed his return to his residence.

The parting words of the police were that they will be back to try to deport him—when, he does not know.

“Up to now, I am the only Chinese to come out talking this way about live organ harvesting, and also the only police officer to have worked in a detention center seeing this happen,” Mr. Abudureyimu said.

Researchers Ethan Gutmann and Jaya Gibson (an Epoch Times staff member) were the first to learn of Mr. Abudureyimu and his experiences several years ago. His case has been followed with concern and increasingly, frustration, as European governments have consistently failed to address the crux of the issue.

“The West must stand up against tyranny and protect witnesses such as Nijat,” Mr. Gibson said in a written statement.

At stake is not just one individual, Mr. Gibson argued, since if Mr. Abudureyimu’s case is handled judiciously—if he is able to give testimony to an official body, and granted protection as a political asylee—more witnesses may stream forth.

“If we in the West fail in our duty to protect Nijat and those like him, we are then complicit in the subsequent atrocities that take place when the Chinese Communist Party feels that no one will stand up to them,” Mr. Gibson wrote. “Protecting Nijat is the first step.”

The Chinese regime has shown that they mean business with Mr. Abudureyimu, having on July 25 detained his older sister, Muyeshaer Abudureyimu, who is still in China, The Epoch Times has learned.

The detainment relied on the Chinese regime intercepting the communications of a Swiss journalist, and was an attempt to force Mr. Abudureyimu to stop speaking to the media, a source familiar with the issue said.

Mr. Abudureyimu was released very recently, and he was added to the US State Department’s human rights list.

Alim Seytoff, Director of the Uyghur Human Rights Project based in Washington, D.C., said he was pleased that Mr. Abudureyimu was not deported. "I ask Switzerland, as a country of refuge to many refugees from dictatorial countries like China, to reconsider granting asylum to him. Nijat does not deserve to be deported to China or any other country due to his well-founded fear of persecution."

The Swiss Federal Office of Migration said to The Epoch Times in an email that, according to the Dublin regulation, Italy should examine Mr. Abudureyimu’s asylum application, and that "The highest court in Switzerland, the Federal Administrative Appeals Court, has ordered Mr. Abudureyimu to return to Italy." Italy is responsible for taking measures against threats against him, they said.