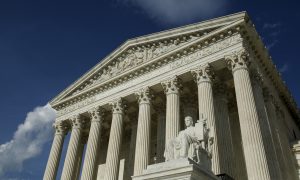 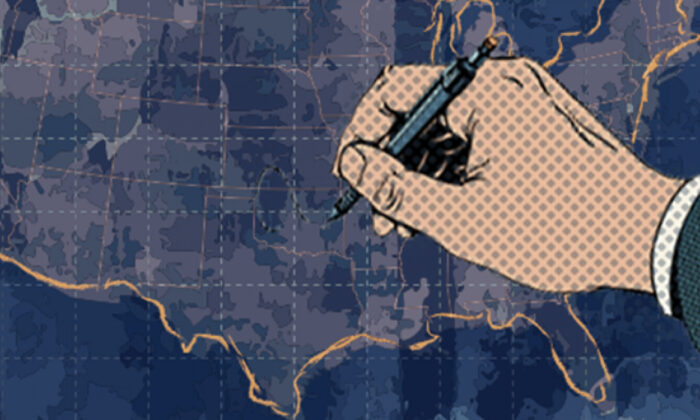 A group of Oregon Republicans filed a suit on Monday with the state court in an attempt to block the Democrats’ new redistricting maps, which the GOP alleges violate the state’s constitution.

The four Republicans that filed the suit are all former elected officials in the state, including a secretary of state, two legislators, and a mayor of a small town. Their lawsuit argues that the new map of 6 congressional districts, is a partisan gerrymander that favors Democrats and violates Oregon laws.

“The Oregon Constitution also prohibits partisan gerrymandering through its multiple provisions protecting voters’ rights to participate in the political process, express political view, affiliate or support a political party, and cast a vote,” states the Republicans’ petition filed with the court.

The lawsuit argues that the maps will give Democrats control of five out of six congressional districts.

“The result of this highly partisan process is a clear, egregious partisan gerrymander, as has been widely acknowledged both in Oregon and across the country,” the lawsuit says.

“Gerrymandering is cheating. Oregon Democrats want a map that protects incumbents and silences the voices of Oregonians,” state Republican Leader Christine Drazan said in a statement. “This challenge is an opportunity for the courts to fix the political gerrymandering and create maps that truly represent Oregon.”

Democrats have accused the Republican litigants of acting in bad faith and say before they passed the Democrat maps, the maps the GOP proposed favored their party.

“These maps are fair, representative, meet the highest of legal standards and incorporate the feedback we heard from Oregonians across the state,” said Democrat state legislator Rep. Andrea Salinas, co-chair of the House Committee on Redistricting. “We followed the Census data to protect the constitutional requirement of one person, one vote.”

House Majority Leader Barbara Smith Warner, another Democrat, said in a press statement, “Despite the delay in Census data, a drastically shortened deadline, and an ongoing global pandemic, we delivered on an inclusive and accessible process with 22 hearings and almost 2,000 pieces of testimony from Oregonians who made their voices heard.”

Kotek did not immediately respond to a request for comment on the Republicans’ lawsuit.

Since the Supreme Court decided that partisan gerrymandering was not within the court’s domain, the Republican lawsuit was filed in Marion County Circuit Court where it will be heard by a five-judge panel. If the plaintiffs win the case, the state court will redraw district lines.