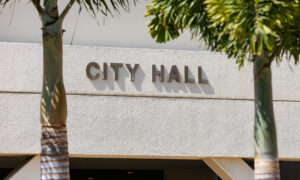 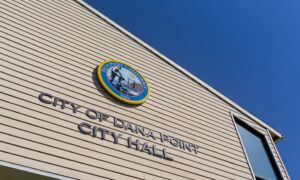 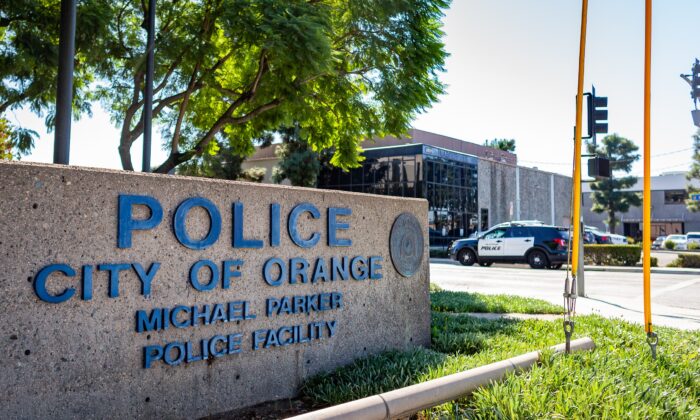 ORANGE, Calif.—“When I moved here, Orange was the second-safest city of its size,” said Eugene Fields, who is running for a city council seat in Orange, California.

“The new FBI numbers have come out, and we are number 26 on that list,” he said. “There are some areas that the City of Inglewood is safer than the city of Orange. I’m very concerned about that.” Inglewood, California, is an economically stressed part of the Los Angeles metropolitan area long fraught with gang violence.

Fields proposes the addition of 35 new police officers to Orange’s police force over the next five years. He spoke at a forum for candidates running for the District 1 city council seat, held on Zoom Oct. 6.

Other city council candidates who participated in that forum—as well as some who participated in a forum the following day for the District 3 council seat, and others who spoke with The Epoch Times separately—discussed the need for stronger public safety measures in Orange.

Four seats are open on the city council (those in Districts 1, 2, 3, and 5), with a total of 14 candidates in the race, to be decided by voters in November. This is the first council race since the city switched from at-large elections to dividing the elections among city council districts.

‘We Don’t Have Enough Officers’

Public safety is the issue that “transcends everything,” said District 1 candidate Christian Vaughan at the Oct. 6 forum. It impacts not only local residents, but also the economy, he said, if “people [don’t] want to come here … to spend their money.”

As a detective with 23 years of experience in law enforcement, Vaughan said he is uniquely qualified to understand the challenges of this issue.

A forum for District 2 was canceled, but two of the four candidates—Jon Dumitru, a firefighter; and Martin Varona, a civil engineer—shared their views on law enforcement with The Epoch Times.

Dumitru said the core function of government is public safety, and the City of Orange has been behind in terms of police officers per capita.

“We have to … increase staffing to meet a per capita standard,” he told The Epoch Times. “Because we have some areas of town that are significantly underserved, while others are skating by on kind of a minimum.”

Varona, on the other hand, takes issue with the amount of the city’s general fund allotted to the police force, because it “easily dwarfs every other department.”

“I believe that policing must change by reducing the purview of their responsibility and assigning more appropriate and qualified professionals to deal with issues that the police are incapable of handling,” he told The Epoch Times via email.

Dumitru countered Varona’s stance. “To think social workers are going to be able to handle a meth addict with a knife coming at you is ridiculous. Obviously, that’s an exaggeration, but you get the idea.”

Varona said his goal is to take Orange in a new direction by bringing “a genuine dissent to the same ideas our current council upholds.”

John Russo, a businessman and Orange Unified School District employee, agrees with Fields and Dumitru. “We don’t have enough officers patrolling the city,” he said. Russo is running for the District 3 seat, and he spoke at the forum for the district on Oct. 7.

He wants to increase the number of patrol officers over the next three years and fund the effort through an “economic configuration plan for ensuring that Orange is as business-friendly as possible.”

Russo’s opponent, incumbent Mike Alvarez, who is currently serving as mayor pro tem, said the Orange Police Department is “one of the finest in the state.”

“Yes, we would like to add more policemen, but the policemen we have are top drawer,” he said. “What our public doesn’t realize is when we hire new police officers, we usually hire right out of the academy [because] we want to train them to be Orange police officers with no baggage.”

In his view, the main problem is that law enforcement is being demonized across the state and the nation. “That should never happen,” he said.

Homelessness in the city was another prominent issue raised at the District 1 forum.

Vaughan, who has interacted with the homeless firsthand as an officer, said the issue is “too comprehensive to talk about in a one [or] two minute session.”

He said a solution requires empowering the police department in conjunction with municipal codes.

Arianna Barrios, a District 1 candidate who is a board member for several local organizations, said her experience gives her an advantage for addressing homelessness.

During her five years working with HomeAid Orange County, she has been involved in efforts to build homeless shelters all over the county. Barrios also worked with Anaheim council member Kris Murray to address the encampments along the riverbed.

“We instituted a program called Operation Home Safe … to give fair warning … about the city’s rules, regulations, and ordinances,” she said.

Barrios noted further efforts at Anaheim’s Angel Stadium to provide coordinated services for the homeless, including helping them find shelter, get help for mental illness or substance abuse, or buy a plane ticket “if they wanted to go home.”

“There’s already a road map [to solving this problem],” she said. “I helped author it.”

Fields said there aren’t enough members on the Homeless Engagement Assistance and Resource Team (HEART). HEART was formed by the Orange Police Department in 2013 and includes a sergeant, two officers, and a clinician. Its goal is to develop and implement strategies for responding to transient-related calls.

“There are actually more people running for city council in District 1 than there are in the HEART team tasked to deal with homelessness in our inner city,” he said.

Homelessness is “a multilayered issue,” he added. Fields is a journalist, civil rights advocate, and associate professor at Westcliff University in Irvine.

“I had a great meeting last week with a pastor whose church is [taking] an active, sort of ‘whole person’ approach to homelessness,” he said. “I think there’s already good work that has been done.”

Ana Gutierrez, who is running in District 5, said in a statement released to The Epoch Times that public safety, supporting law enforcement, parking problems, traffic issues, and care for small, local businesses are some of her top priorities.