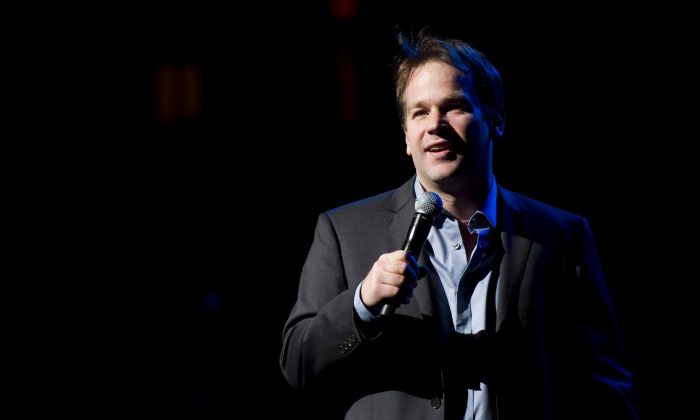 Mike Birbiglia performs at the 6th Annual Stand Up For Heroes benefit concert for injured service members and veterans on Thursday, Nov. 8, 2012 in New York. (Photo by Charles Sykes/Invision/AP)
US

Mike Birbiglia has landed a role in Orange is the New Black season 3.

The actor and comedian’s role hasn’t  been specified as of yet.

The Netflix show is well-known for keeping plot and cast spoilers mostly under wraps, noted The Hollywood Reporter.

Showrunner Jenji Kohan told the outlet that season 3 will be “about faith, to a certain extent.

Birbiglia will play one of the few men on the series. The actor was recently seen in The Fault in Our Stars and will appear in the upcoming Annie.

Filming is underway already for Orange is the New Black season 3, although a premiere date hasn’t been announced yet.

Based on the previous two seasons, the season will likely premiere in June or July next year.

Aduba over the weekend won the show’s first Creative Emmy award, winning Outstanding Guest Actress in a Comedy. Her costars Laverne Cox and Natasha Lyonne were among the other nominees for the award.

The show is up for nine regular Emmy Awards.