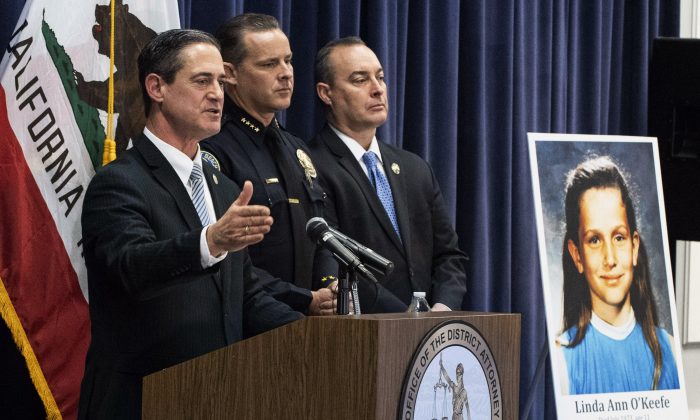 SANTA ANA, Calif. (CNS)—Seven sex offenders arrested for alleged parole violations were released from custody, apparently as part of the state Supreme Court’s efforts to keep jail populations lower than usual during the COVID-19 pandemic, according to the Orange County District Attorney’s Office.

The sex offenders were released months ahead of schedule, despite alleged violations such as cutting off their GPS monitors and tampering with their tracking devices, according to Kimberly Edds of the Orange County District Attorney’s Office.

California law requires sex offenders who commit such violations serve six months in jail—but many of the sex offenders who have been released during the pandemic served just days before being granted release in court, Edds said.

According to the District Attorney’s office, the sex offenders who have violated parole and been released since April 7 are:

—Luis Joel Ramirez, 27, of Costa Mesa, who has a history of sexual battery, assault with a deadly weapon, resisting a peace officer, burglary, and possessing a leaded cane, a deadly weapon, and who prosecutors say has violated his parole four times since 2019.

—Rudy William Grajeda Magdaleno, 39, of Anaheim, who has a history of child molestation, indecent exposure, assault, battery, criminal threats, and inflicting injury on an elder adult, and who prosecutors say has violated parole five times since 2017.

—Calvin Curtis Coleman, 52, of Santa Ana, who has a history of lewd conduct in a public place, and has allegedly violated parole three times since 2019.

—Kyle Albert Winton, 40, of Mission Viejo, who has a history of child molestation, criminal threats to cause great bodily injury or death, resisting a peace officer, DUI, and hit and run with property damage, and has allegedly violated parole once.

—Jose Adrian Oregel, 46, of Santa Ana, who has a history of unlawful sexual intercourse with a minor, oral copulation of a person under the age of 18, great bodily injury, and being a second striker, and who prosecutors claim has violated parole six times since June.

—Mario Ernesto Sandoval, 45, of Stanton, who has a history of sexual battery, touching for sexual arousal, indecent exposure, assault on a peace officer, and assault, and allegedly violated parole once this year.

All seven sex offenders were released between April 7 and April 22, according to the District Attorney’s office.

“These kinds of high-risk sex offenders are the most dangerous kind of criminal and the most likely to re-offend. They are doing everything they can to avoid detection by the parole officers assigned to monitor them so they can potentially commit additional sex offenses. These are not the kind of people who should be getting a break,” said Orange County District Attorney Todd Spitzer.

“As a state legislator, I was the author and founder of the State of California Sex Offender Management Board—and the author of Megan’s Law on the Internet—which allows the public to see where these sex offenders are, so that they can protect themselves and their families.”

Orange County Sheriff Don Barnes announced April 28 that he had reduced the Orange County jail system’s population by about 45 percent since March 7, so there’s plenty of room available in jails to handle high-risk offenders such as these seven, Spitzer said.

Barnes said his agency had no role in the release of the seven sex offenders cited by Spitzer.

“These inmates were released by court order, and are not in any way connected to the measures I have taken to limit the spread of COVID-19 in the Orange County Jail,” Barnes said.

“We have responsibly created the capacity needed in the jail to house sex offenders and other dangerous criminals. I oppose efforts that excuse criminal behavior and jeopardize the safety of our community.”

The number of inmates testing positive for COVID-19 has jumped up to 96 as officials expand testing, Barnes said.

Nine of the inmates have fully recovered, he added. Sheriff’s officials were previously testing symptomatic inmates, but with the availability of more tests, they expanded it to newly booked inmates and those who were quarantined because they came in contact with sick inmates but didn’t have any symptoms.

All three deputies who have tested positive for COVID-19 have fully recovered, Barnes said.

On April 27, Spitzer slammed an “appointed commissioner” who cited the COVID-19 pandemic in lowering the bail of a man charged in an alleged street-racing crash that killed two men in Santa Ana.

The attorney for Damian Chavez, 24, of Bellflower, fired back that Spitzer was engaging in dangerous rhetoric.

Chavez is charged with two counts of vehicular manslaughter with gross negligence, and one count of hit-and-run with death, with sentencing enhancement allegations of leaving the scene of a deadly crash and inflicting great bodily injury on the victims.

The Orange County Superior Court commissioner, whose name was not released by Spitzer, lowered Chavez’s $100,000 bail to $20,000 over the objections of prosecutors. Chavez posted bail hours later, prosecutors said.

The commissioner cited the pandemic when lowering the bail, and rejected a second appeal from prosecutors on April 24, according to Spitzer’s office.

Spitzer has been critical of the state’s program to lower bail for many defendants to reduce population in the jails, as sheriff’s officials throughout the state try to keep a lid on CCP (Chinese Communist Party) virus outbreaks.

“Knowing the inherent—and potentially deadly—risks, this individual chose to engage in illegal street racing, which resulted in the deaths of two people,” Spitzer said in a prepared statement. “The Santa Ana Police Department worked diligently to track down this dangerous driver, and within a few days he’s back on the street.

“Our law-abiding residents are being ordered to stay home, but dangerous and violent inmates are being allowed to walk out the front door of our jails and right back into our communities on [zero] bail or substantially reduced bail,” he said. “This pandemic cannot be used to defy common sense. This has to stop.”

Chavez’s attorney, Robert Helfend, said, “While the facts of Mr. Chavez’s matter are yet to be litigated, and not to diminish the lives that were lost, it is a danger to our democracy to have government officials criticize this country’s judges.”

Chavez was allegedly racing with another driver whose car slammed into a tree in the 3200 block of South Bear Street about 9:15 p.m. on April 20, 2019. The car burst into flames and the victims, 39-year-old Jerman Marquez and 29-year-old Richard Inda, were pronounced dead at the scene.