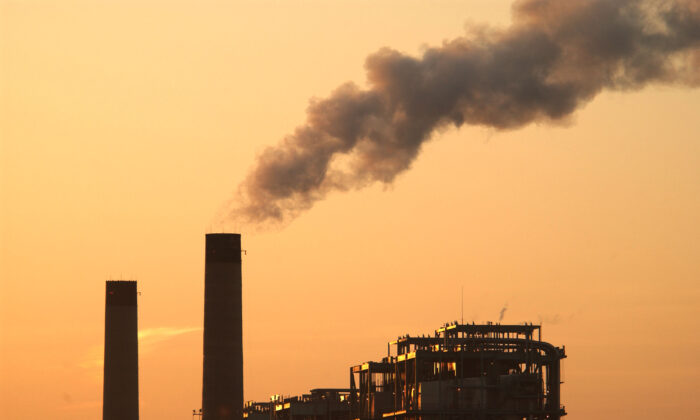 But Laird didn’t get what he expected.

“OCPA disregarded my opt out request and switched my business into its 100% Renewable program. Higher prices for lower quality, a joke that’s already out of control,” said Laird. “OCPA’s member cities [Folsom, Buena Park, Irvine, and Huntington Beach] have already approved price increases, and OCPA’s only been in business for a few months. This is exactly what city councils who voted for this thing told constituents wouldn’t happen. Voters will remember this.”

Laird’s complaints are parroted by consumers throughout California who discover they are enrolled in community choice energy programs after believing they have exited. Many find it difficult to successfully cut all ties.

Community choice’s manipulation of the opt-out process and slamming started twelve years ago when the state’s first such agency, Marin Clean Energy (formerly known as Marin Energy Authority, or MEA), made it all but impossible to exit from its program, resulting in a barrage of complaints (pdf).

Marin resident Warren Carreiro writes, “Not only are they [community choice agency cities] requiring you to opt out but are making the process hard enough to do, hoping you will give up and stay [in the program].”

Community choice agencies and their opt-out consultants count on that.

After the opt-out uproar, it was surprising to find Marin Clean Energy—after which OCPA patterns itself—discussing its “retention” (pdf) of consumers who were trying to opt out, a brazen practice easily achieved since each community agency controls the opt-out system.

Marin no longer discusses retentions, or at least scrubs its reference from meeting minutes.

AnswerNet and several other OCPA contractors are tangled in conflicts of interest because their compensation is currently or was formerly tied to consumer enrollments. Included in that group is Pacific Energy Advisors and Calpine. [1] [2] [3] [4]

OCPA dismisses conflicts of interest while sweeping ill-gotten revenue into its coffers. This occurs while opt-out telephone agents report that they regularly communicate with OCPA.

There are four major beneficiaries of the flawed opt-out system.

Annual COLAs would then top $65,000 per year—$3,000 less than Weisz’s entire annual compensation as a County of Marin Planner (pdf) while laying the groundwork for her future employment at MCE.

Weisz’s economic hardship was identified in the Varshney study, a report she implied (pdf) was anointed by the Environmental Protection Agency/Air Resources Board.

The Air Resources Board has dismissed Varshney’s work as “daydreams of disaster” and “shlock science” (pdf).

Weisz has yet to reconcile more than 12 years of consumer manipulation while feathering her own nest.

Chief executives’ escalating pay, propped up by ratepayer enrollments and revenue, will be cited when recalibrating OCPA’s executive pay with the industry “norm.”

2. The second key beneficiary of the opt-out system is Pacific Energy Advisors (PEA).

PEA promoted many of the illicit activities used by community choice agencies, including delivery of inexpensive brown power sold as premium clean energy.

This small consulting firm collected more than a million dollars of consulting fees annually after negotiating an unprecedented payment plan with Marin’s leader, Dawn Weisz. Payment for services was not hourly or fixed, rather it is based upon Marin’s retail megawatt-hour (MWh) sales, which biased PEA who was engaged to produce objective analysis studies.

When Marin wanted to expand, PEA obliged with a positive analysis (pdf) that increased its own income, glossing over actual adverse impacts such as increased greenhouse gas emissions for energy delivered to Marin’s ratepayers, the reduction of which was the sole reason for the program’s existence.

PEA was awarded a not-to-exceed $2.39 million contract by OCPA, whose leadership referred to its eclectic pool of consultants’ shared relationship as “almost like a small family.”

4. Shell Oil is the largest beneficiary of the industry’s flawed opt-out system. Shell Energy North America (SENA) is a wholly owned subsidiary of Netherlands-headquartered Shell Oil and has executed more than $1 billion of energy contracts with the community choice industry.

A Federal Energy Regulatory Commission judge found that SENA engaged in fraud and market manipulation during California’s energy crises, circa 2000, with SENA energy traders joking about their schemes during telephone conversations. In audio files and transcripts posted online (pdf) by California’s utilities commission, traders ask each other whether they have ethical problems with rolling blackouts (gaming California’s energy market), joking they would “burn the place down” if served with a warrant.

Shell (pdf) is an energy supplier to OCPA.

Opt Out Early, Opt Out Often

Opt-out postcards, designed to maximize the agencies’ revenues in the event they are read, are timed with calendar events to better assure distracted consumers quickly toss them in the garbage.

OCPA plans to enroll residential consumers—who comprise 87 percent of the program’s electricity sales—in October as the country prepares for midterm elections, when everyone is preoccupied with the nation’s future.

Residential ratepayers must wait until October to opt out of the OCPA government agency at 1-866-262-7693. Businesses should opt out now—you will be switched in Edison’s transitional portfolio for 6 months before returning to its basic service.

[2] Answer Net was a subcontractor to Noble Americas. Noble’s contract called for payment based upon each customer participating in the program, thus creating a conflict of interest when processing opt-out requests. Silicon Valley Clean Energy Authority identifies that Noble Americas was purchased by Calpine in 2016 (transferring that conflict). “Approve Agreement with Noble Americas Energy Solutions,” 10/26/2016, Staff Report Item 2, Board Items of Interest, No. 8.

[3] Silicon Valley Clean Energy Authority Executive Committee, to Tom Habashi CEO, dated 10/26/2016. “The cost of the (Noble Americas) services is a flat fee billed per month per enrolled account. The agreement has an explicit three-year term and includes a service rate of $1.15 per month per account for the first year and $1.10 for the other two. This rate of $1.15 matches the rate in Peninsula Clean Energy’s agreement.”