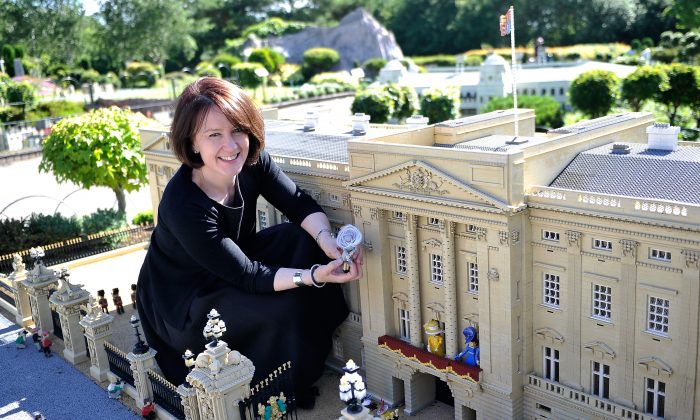 Absentee Ballots Available Through Board of Elections

Orange County voters who will be out of the County on Election Day, Tuesday, Nov. 3, 2015, may request an Absentee Ballot Applications by calling the Orange County Board of Elections at 845-360-6500 or 1-800-879-POLL, by email elections@orangecountygov.com or visiting the following Website: orangecountygov.com

The last day to postmark application for a ballot is: Monday, November 2, 2015

Voters may also obtain a ballot in person at the Board of Elections office at 75 Webster Ave., Goshen.  Between the hours of 9:00AM to 5:00PM, Monday thru Friday until November 2, 2015.

The county’s Community Development Office’s 2016 Action Plan has made money available for a pilot program called “Homes For Heroes.” Orange County Executive Steven M. Neuhaus endorsed the funding at the 2016 Community Development public hearing on Oct. 23. The initiative will give rental assistance to eligible veterans for up to two full years of rental assistance while county agencies work to give the vets the benefits and support they need. “These brave men and women fought for our nation’s freedom, but shouldn’t have to fight for the benefits they are entitled to,” Neuhaus said. Director of the Orange County Community Development (OCD) program, Richard Mayfield, said the pilot program comes under Tenant Based Rental Assistance (TBRA). TBRA is a rental subsidy program that can be used to help individual households afford housing costs such as rent and security deposits. OCD will fund up to 10 voucher slots and give preference to veterans deemed chronically homeless. The proposal is open to public comment until Oct. 30.

County Executive Steven M. Neuhaus is asking residents to send him short video clips to encourage Legoland executives to build an amusement park in the county. “It would be a major economic draw for the region. Not to mention it would make a lot of young children in the area very happy.” Neuhaus asks that residents film short video clips and send them to ceoffice@orangecountygov.com with “Legoland Video” in the subject line. The best clips will be sent to Legoland executives. “There already is a buzz in the community about the potential Legoland project,” Neuhaus said. The county has had discussions with Legoland, hoping it will build a park here. Legoland executives will tour potential sites in Orange County in the near future. Legoland theme parks, which are based on the popular toy, are located all over the world. The theme park would have a water park and hotel that could create about 1,000 jobs.

Too Many Cats at Hudson Valley SPCA

The Hudson Valley SPCA in New Windsor doesn’t have enough room for all its cats. The no-kill sanctuary held a Cat Adopt-a-thon on Oct. 24 in an effort to reduce their population, reported the MidHudsonNews. Board Member Victoria Shade, who is conducting the adoption event, said the center doesn’t have the room to house all of those animals and therefore wants to find good homes for them. “The capacity is 25 and we have 170 at the moment. We are overwhelmed with cats. Cat bills can quickly escalate and that is what is happening now, so we are adopting out the healthy cats,” Shade said. The agency does not charge for adoptions to loving homes and all of the healthy felines available for adoption have been spayed or neutered.

The proposed Orange County budget for 2016 drew no speakers at the county legislature Ways and Means Committee’s public hearing on Oct. 22, reported the MidHudsonNews. The budget of $725.27 million proposed by County Executive Steven Neuhaus represents a decrease in spending. “It represents a decrease this year in spending of $7.5 million,” Chairman Leigh Benton said. “Most of that money is collected from sales tax and property taxes and, unfortunately, most of it is state unfunded mandates.” Legislative oversight committees are going through the plan and reportedly making few changes.

To encourage water filtration, prevent erosion, and improve the ecosystem of Monhagen Brook, volunteers helped to plant trees along the stream on Oct. 24. Orange County Soil and Water Conservation District teamed up with the Hudson River Estuary Trees for Tribs program with a goal to plant 200 trees and shrubs next to Monhagen Brook this fall. Holes were pre-dug for small trees that families with children could handle on the day-long event.

Work has been completed on a $93 million project to refurbish one of the five Hudson River spans operated by the New York State Bridge Authority. Construction on the Newburgh-Beacon Bridge was completed Oct. 21 and all lanes are open. The project to upgrade the bridge that connects Orange and Dutchess counties started in the summer of 2013. Crews spent the past two-plus years installing new deck panels, structural steel supports, and a polyester concrete overlay for the bridge deck. The Newburgh-Beacon Bridge carries Interstate 84 across the Hudson. About 67,000 vehicles cross both spans of the bridge each day.

The Kiryas Joel School Board has created an advisory committee to study the impact of annexation and the alteration of school district boundaries, reported the MidHudsonNews on Oct. 23. The new committee will look at all options, including the potential to alter school boundaries independent of the proposed annexation.  The committee includes school district officials from Kiryas Joel and the Monroe-Woodbury School District, as well as village and town officials. “We are pleased to be partnering with Monroe-Woodbury on this important issue,” said KJ School Superintendent Joel Petlin. “It continues a long standing tradition of cooperation between our school districts, dating back to our creation in 1989. Only with the facts can we dispel the myths and better serve the needs of both our districts.”

County Legislature Chairman Stephen Brescia wants to establish an airport economic development study committee for the Orange County airport to see whether services can be shared with airports in Sullivan and Dutchess counties and the possibility of a fixed base operator, reported the MidHudsonNews on Oct. 27. “Possibly pooling our resources and getting a better rate on fuel if we do that through general services or other avenues,” Brescia said.  “The airport is heading in the right direction but we still want to look at other avenues to see if we can get more savings for county taxpayers.” The county subsidizes the airport with $200,000 annually.

State Supreme Court Justice Elaine Slobod ruled on Oct. 26 that the Utica National Insurance Group must pay the federal settlement between the Pine Bush Central School District and the Jewish students who maintained they were the targets of anti-Semitism, reported the MidHudsonNews. After the insurer refused to pay the $4.48 million settlement, the school district filed suit. “We were always of the position, as was our legal counsel, that our policy with Utica was clear in Utica’s responsibility to affirm our claim and that nothing in the civil settlement indicated otherwise,” said Pine Bush Superintendent Joan Carbone.