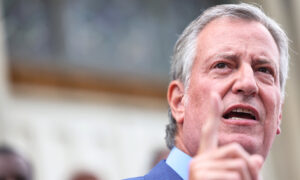 Evan Smith, a Life Scout with Troop 68 in Cuddebackville has completed a dog walk at the Port Jervis/Deerpark Humane Society. Helped by volunteers, Smith started the project in November 2015 to create a path that winds through the woods that includes various sitting areas on park benches overlooking the Neversink River. The Humane Society reported that the dog walk is already used daily by staff and volunteers for shelter dogs. Smith’s project complements another Eagle Scout project, an enclosed meet-and-greet area for prospective adopters and dogs, completed a few years ago. Materials or labor for the project were contributed by Somarelli Trucking, Huguenot NY; PeenPack Sand and Gravel Inc., Huguenot NY; Sign Here Sign Co. Inc., Port Jervis NY; American Lawn and Tree Company, Cuddebackville NY;  and The Home Depot, Matamoras PA.

The Millennium Pipeline Company announced on May 4 that the company has donated $10,000 to the Town of Wawayanda to help develop a new town park on Ryerson Road in New Hampton. The park, which will provide a recreational facility to people living on the eastern side of the town, is scheduled to have a little league field and nature trails, among other amenities. Wawayanda Town Supervisor John Razzano said the donation will purchase equipment. The donation comes through Millennium’s Giving Back Along the Line program, which provides funds to communities within the counties the Millennium Pipeline runs through.

On April 29, 2016 at approximately 1:30 p.m., State Police and the Town of Deerpark Police responded to Prospect Hill Road in the Town of Deerpark for a missing two-and-a-half-year-old reported to have wandered from his residence. After an extensive groundsearch the child was located in a wooded area along Prospect Hill Road in good health. State Police and Deerpark police worked in conjunction with several local, county, and state agencies including Port Jervis Police, City of Newburgh Police, Orange County Sheriff Dept., New York State Park Rangers as well as fire and EMS personnel from Cuddebackville, Westbrookville, Huguenot, and Sparrowbush. New York State Missing Person Clearinghouse also assisted in disseminating information out to the public.

Assemblyman James Skoufis (D-Woodbury) announced the passage of the Domestic Violence Escalation Prevention Act which prohibits anyone convicted of domestic violence from legally owning a gun. The bill also ensures hospital staff are better equipped to handle domestic violence situations when a victim comes in for treatment. A related bill that Skoufis supports prohibits employers from firing or denying employment to domestic violence victims (A.272), a measure Skoufis noted would go a long way to support victims as they escape abusive situations and rebuild their lives. Other legislation requires that court documents are simplified to be understandable to victims.

Orange County Executive Steven M. Neuhaus announced on April 30 that Karin Hablow has been named the County’s Commissioner of Finance. Hablow will administer the county’s finances, including banking, investment, debt issuance, payroll, accounts payable, property tax collection, and financial reporting. In her previous position as a Deputy Commissioner in the Department of Health. Hablow was responsible for oversight of all fiscal administration, including the Health Department’s annual budget, accounts payable, accounts receivable, grants administration, payroll, and the collection of Medicare and Medicaid revenue. Hablow is a Goshen High School graduate and earned an MBA in Finance from New York University’s Stern School of Business in 2000.

Michael Sussman posted to Facebook on May 2 that Gov. Cuomo has suspended “‘contact’ between his administration and CPV.” In the wake of federal investigations in the governor’s Buffalo Billions project, Sussman says CPV lobbying activities with the state is also on the federal government’s radar. Sussman has called for more federal oversight of the giant CPV energy project now under construction in Wawayanda. “In April 2015, at public hearings intended to give members of the public the chance to voice their opinions about an application CPV had made to change its site plan, the Board Chair cut off nearly all substantive discussion. This too cozy relationship between CPV and the Town may explain why the planning board never required the proponent of the project to complete a Supplemental Environmental Impact Statement.”

West Point Military Academy announced on May 2 that several cadets have won prestigious scholarships for continued academic study after their graduation and commissioning. Cadet Lisa Jones was selected for Churchill Scholarship to study pure mathematics at University of Cambridge, Cambridge, England. Three students won Fulbrights to study economics in Kiev, Ukraine, agricultural economics in Taiwan, and international political economy also in Taiwan. A Marshall Scholarship will give Ian Mauldin a chance to study math at the London School of Economics and Political Science. The George Mitchell Scholarship will give a student time for a master’s program in Dublin, Ireland. Three Schwarzman scholars will study at Tsinghua University in Beijing. In total, U.S. Military Academy cadets this year have earned more than 25 scholarships.

Two cars of the Middletown and New Jersey Railroad derailed on May 2 in the Village of Montgomery. The rail line into Walden is closed until further notice, reported the Wallkill Valley Times. The online news service reported that no injuries were reported. The cars carried a type of non-hazardous plastic resin. RJ Corman Derailment Services will handle cleanup. An investigation is ongoing about the derailment as the Valley Times reported that NYS Environmental Police, Village of Montgomery Police, NYS DOT, and employees of the Middletown and New Jersey Railroad came to the scene.

West Point Gets New Dean of Academic Board

In another first in its history, West Point will see the next Dean of the Academic Board be Col. Cindy Jebb, the first woman to hold this position. Jebb currently serves as professor and head of the Department of Social Sciences and will replace Brig. Gen. Tim Trainor when he retires in June. A 1982 graduate of the U.S. Military Academy, Jebb received a Master of Arts in Political Science and Ph.D. in Political Science, both from Duke University, and a Master of Arts in National Security and Strategic Studies from the Naval War College. Jebb has authored or co-authored three books, conducted human security research in Africa, and completed study projects in Iraq, Djibouti, and Afghanistan. Jebb has been head of the Department of Social Sciences since 2013. She is married to her classmate, Joel Jebb, Ph.D., and they have three children.