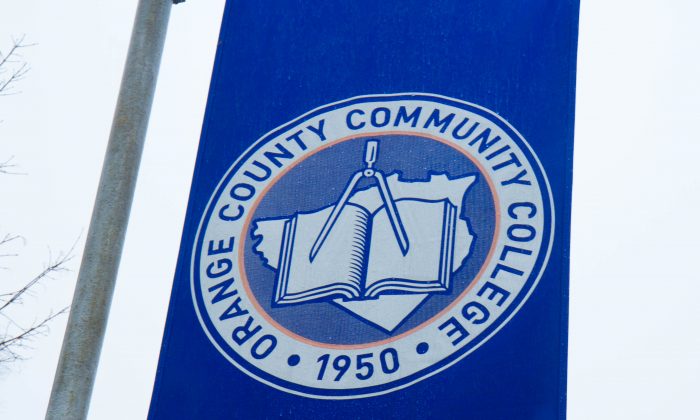 A breach in SUNY Orange servers last summer which was investigated by the FBI has triggered a request for a $1.4 million match for upgrades. The MidHudsonNews reported that the college is working on upgrading the school’s entire IT infrastructure. SUNY Orange’s Chief Information Officer Brian McDonald told the MidHudsonNews that, despite the security issues brought to light by the attack, fiber connections, servers, and data center were deemed sub-par. “The students today expect wireless anywhere they go and right now, we can’t offer them that,” McDonald said. SUNY Orange’s entire information infrastructure resides in the bio-tech building. State funds are necessary to get the project going.

Orange County’s efforts to carve off three pieces of land around its nursing home for complementary uses resumes this week, when officials return to legislative committees for approval after completing an environmental assessment form for their plans. The Physical Services; Rules, Enactments and Intergovernmental Relations; and Health and Mental Health committees are scheduled to meet on April 4 to discuss the proposal. Under the plan, the county would sell or lease around nine acres of undeveloped land next to the 360-bed Valley View Center for Nursing Care and Rehabilitation for construction of assisted-living apartments and a medical building.

The Town of Mamakating has been ordered to release all documents requested under a subpoena by developers. Developers and residents in the Village of Bloomingburg accuse the town and village governments of intentionally stifling the movement of Hasidic Jews into the area, reported the Times Herald-Record. Mamakating contended that communication with its public relations firm, West End Strategy, was protected under attorney-client privilege, but Judge Katherine Forrest stated in her opinion filed March 18 that the town failed to demonstrate such privilege.

In a study released on March 25 by Cornell University’s Program on Applied Demographics, Orange County was the second-fastest growing county in upstate New York at 0.4 percent. Saratoga was the fastest growing upstate county at 0.7 percent. The Bronx grew a state-high 0.9 percent over the year. New York City’s growth rate slowed last year but still offset upstate losses as the state’s population nudged higher. The Cornell analysis showed that the only areas in the state to post growth since 2010 outside New York City were the capital region around Albany, the mid-Hudson Valley and Long Island. Two rural upstate counties that lost population the fastest were Sullivan (-1.18 percent) and Delaware (-1.17 percent).

To remember the tragic story of an abused pit bull terrier named Sweet Sally found in the 98th Assembly District, Assemblyman Karl Brabenec introduced Assembly Resolution 1107 which passed the house on March 23. The act allows Gov. Cuomo to proclaim April 2016 Pet Cruelty Awareness Month in New York State. Brabenec proposed the resolution after hearing about Sweet Sally, who was brought into the Humane Society of Port Jervis/Deerpark as the result of severe malnutrition and abuse. The Eastern Pike Regional Police Department in Pennsylvania arrested a Matamoras woman who is believed to be responsible for the horrific treatment of Sweet Sally.

The Northeast Talk Radio Council announced last month its first series of official awards for talk radio excellence in the region for 2015, reported The Photo-News.  WTBQ’s Zach Kruk for Outstanding Radio Comment and Joseph Dans for Outstanding Sports Analysis took the honors. The Northeast Talk Radio Council is a not for profit group that promotes, educates, monitors, and evaluates talk broadcasting best practices in the Northeast Region of the U.S. Its membership consists of communication professionals and those from other industry-related groups. Its selection process for awards is a private one and to maintain its integrity the council prefers that it not be solicited.

After the board could not decide on a permanent candidate for superintendent of Valley Central schools at its meeting on March 14, John Xanthis was asked to continue until someone is hired, reported the Wallkill Valley Times. Two candidates are in the running: Joseph Prisinzano, Assistant to the Superintendent for Administration, Research, Innovation and Common Core for the Jericho School District, and Stephen Walker, Deputy Superintendent for the Ramapo Central School District. Xanthis’s contract runs until June 30, Board President Brad Conklin said to the Times. Xanthis retired as superintendent of the Port Jervis Central School District and had taught history at Valley Central.

Jeff Bank to Open in Port Jervis This Summer

Jeff Bank has applied to open a branch in Port Jervis, it said in a press release on March 23. The community bank, headquartered at Jeffersonville in Sullivan County, has applied to the FDIC and New York State Department of Financial Services located at the Fowler Street location of Sussex Bank which will close on April 29. The bank touts its ‘hometown touch’ according to George Kinne Jr., president and CEO. “I’m confident that no other bank in Port Jervis delivers the personal service and proactive solutions that Jeff Bank will,” he said in the release. The FDIC insured bank, which has 12 branches in Sullivan County, is slated to open this summer in the Port City and will provide a full range of financial services for residents, businesses, and nonprofit organizations.