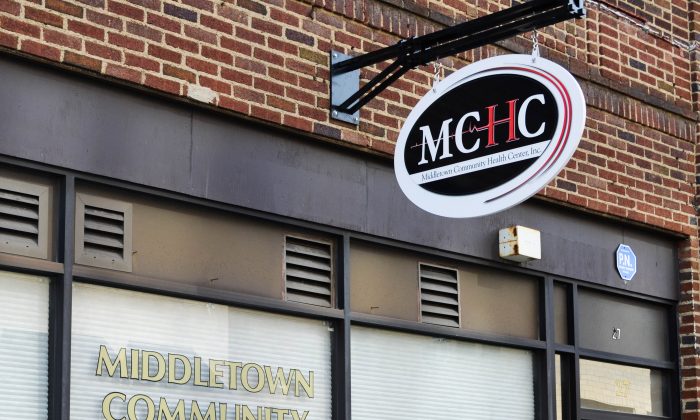 The condition of the three-storey, 30,000-square-foot O&W Railway station is worse than thought and the Middletown Community Health Center’s (MCHC) move is in jeopardy, reported the Times Herald-Record. The $11 million renovation and move of the planned health center for internal medicine, pediatrics, and women’s health services is on life support, Mayor Joe DeStefano said. “The building is just worse than they could have imagined and we could have imagined,” the mayor said to the Times. The city sold the former rail station to the health group in 2011 for $1. MCHC failed to secure a $7.9 million grant for the state’s Delivery System Reform Incentive Payment program. The project had already been awarded $1.65 million in 2014 and $500,000 in 2013 through the state Regional Economic Development Council.

The Orange County Accelerator will lease another building to accommodate new startups that need the space, according to the MidHudsonNews. Laurie Villasuso, chief operating officer of the Orange County Industrial Development Agency, said bottling is an industry on the agency’s map. “This isn’t bottling necessarily like beverages or beer, but a lot of soaps, cleansers, lotions, hair products,” Villasuso told the online news agency.  “These kinds of things people are producing in smaller batches, they have great success, so they need to bottle them at a more rapid rate than they can do at home.” Four new companies will arrive in the new space, with one space in the building still available.

Goshen will hold public hearings on three proposed local laws. The town is considering amending a local law that would allow the town building inspector, fire marshal, or other official designated by the town to have a structure deemed an imminent danger to be torn down and/or removed at the property owner’s expense and without notice. The town is proposing to amend the zoning code to include Orange Farm Burial Ground #2 south of Quarry Road and east of the Valley View nursing facility. The amendment would put the cemetery in the town’s code despite it being on Orange County property. A hearing on the proposed amendments will be held on March 24, 7:30 p.m. at the Goshen Town Hall, 31 Webster Avenue.

Instead of banning drop-off used clothing bins outright in the Village of Goshen, the Village Board is seeking to amend a local law that would enable them to better regulate them. Anyone wishing to have a bin for used items will have to apply for a $50 permit and only non-profits and religious organizations would be eligible.

Friends and supporters of Safe Homes of Orange County gathered at Painter’s Restaurant in Cornwall-on-Hudson on March 8 for the 22nd Annual Love Gently Dinner, and raised $7,510 for the agency’s comprehensive services for survivors of domestic violence. Over the years, Painter’s owners and staff have raised over $117,000 for Safe Homes by donating all tips to the agency’s cause, one night a year. County and town officials were joined by businesses and organizations to engage and entertain 248 guests and help boost fundraising results. Safe Homes works toward eliminating all forms of intimate-partner violence, teen-dating violence, and human trafficking by offering comprehensive support services to survivors, including shelter, and by increasing public awareness through education and prevention programs.

Middletown Community Health Center will receive $325,000; and Hudson River Healthcare will receive $325,000 to fight addiction. “Addiction is a huge problem not only for users, but for their families as well. With this funding we will do our part to help our patients fight this growing public health issue,” said Theresa Butler, CEO of Middletown Community Health Center.

Bon Secours Gets $24.5 Million in State Aid for Medical Village

Dr. Mary Leahy, CEO of Bon Secours Charity Health System, said the health provider will receive $24.5 million in state aid to develop a medical village in Port Jervis, according to the MidHudsonNews. “This is critical to the continued provision of healthcare services for the people of that area,” she stated in a memo to employees, doctors, volunteers and contracted service employees, acquired by the online news media. “Access to critical care and necessary services has always been at the heart of Bon Secours Community Hospital’s mission,” she said. “Today, our broader vision is to improve access to additional healthcare and health-related services, address disparities where they exist and enhance the health and well-being of those we serve.” The Port Jervis health facility partnered with Westchester Medical Center Health Network last year.

The MidHudsonNews reported a four-month investigation into the theft of two dirt bikes has led to two arrested with parts from bikes, drugs, cash and “fruity pebbles treats” that are believed to be laced with an illegal substance, which are now being analyzed in a state police lab. Joshuah Vaughan, 20, of Wallkill and a 17-year-old male from Middletown were arrested. The teen was charged with felony grand larceny and misdemeanor conspiracy. Vaughan was charged with felonies of criminal possession of stolen property and criminal possession of marijuana.

Three hotels are being planned in Orange County, according to the MidHudsonNews, and the developers are seeking financial incentives from the county Industrial Development Agency. Clear Key LLC is planning to construct a $6.5 million, 81-room Sleep Inn hotel in South Blooming Grove. Windsor Hospitality will build two hotels adjacent to its Days Inn hotel in New Windsor. One will be a $14 million Residence Inn and the other brand is to be announced, said IDA Chief Operating Officer Laurie Villasuso. The project costs are about $14 million for the Residence Inn and about $9.5 million for the other one. The Residence Inn is expected to create 23 full-time equivalent jobs and the other hotel 20.

Middletown School Superintendent Ken Eastwood told the Times Herald-Record on March 9 that a new phone system is being installed to help curb phone threats. The district has not received some calls as the system is being installed. Eastwood said that two phone carriers had blocked phone calls to the district without giving notice. The district has received 13 swatting attacks in the last year, many to Maple Hill Elementary School.

Highland Supervisor Paul Hansut told the Wallkill Valley Times that he met with resort developers to build a lodge and conference facility on 500 acres. Part of the parcel will be cleared for outdoor activities including martial arts, marksmanship, motocross, snowmobiling, fishing, hiking, and biking, and zip lines for rappelling. The property will develop 300 RV campground spaces. The Highland Adventure Resort project will come to a town board meeting to present further details. A 10-page offering document states they have “solved an issue for singles, couples, family, and corporations who want to have a nearby vacation/retreat with an array of activities. Combined with our programs, we will accommodate both novice and more advanced adventure seekers as well as the leisure vacationer in a compound not far from major Northeast urban population centers.”

The headquarters of the Orange County Choppers motorcycle company in Newburgh has been sold in an online auction. The 61,000-square-foot building sold for more than $2.2 million to an undisclosed buyer on March 9. Paul Teutul Sr. said the sell-off has nothing to do with the company that’s been featured in reality TV shows and won’t impact business. The company surrendered the building that holds its custom-made motorcycles in 2011 to its lender. The company continues to lease about two-thirds of the building. The motorcycle-building exploits of Teutul and his son Paul Teutul Jr. have been featured on Discovery Channel’s “American Chopper” and “Orange County Choppers” on Country Music Television. “Orange County Choppers: American Made” debuted on A&E on Feb. 20.