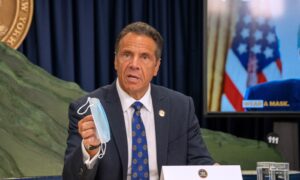 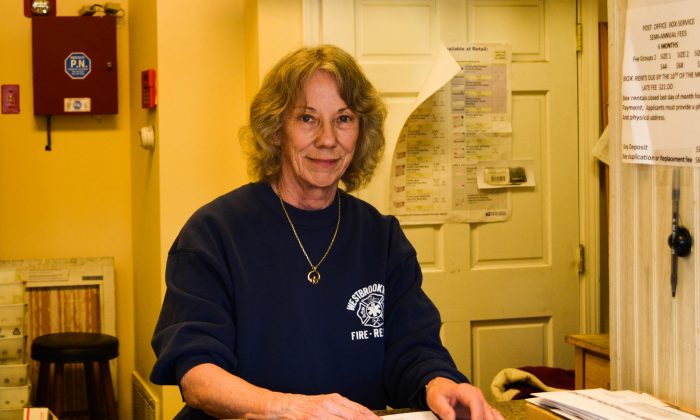 The U.S. Postal Service has granted a new franchise on April 1 for the Westbrookville Community Post Office, according to the Times Herald-Record. Geraldine Ihnken will take over from retiring Marlene Roe who operated the postal service for 30 years. The contract will run for 60 days while the USPS determines the feasibility of the franchise.

Construction of 181 homes on the former Smith Farm has received a series of stop-work orders from both the town and village of Monroe, reported the Photo News on March 31. Residents have reported clear cutting which caused excessive runoff into Gilbert Street. Orange County legislator Myrna Kemnitz told the Photo News, “It’s just a boggling thing to see that those trees and all of the underbrush and whatever else there … was taken away so quickly, and then of course we had the rain.” Contractors will build 54 duplexes, 64 patio homes, and 63 single family homes. A stop-work order on Feb. 25 cites problems with storm water and erosion.

Aurochemicals, a Washingtonville-based manufacturer of natural aroma chemicals for the flavor and fragrance industry, has purchased a 25,000-square-foot industrial/office building in the Chester Industrial Park. The space will provide the company with an additional warehouse, manufacturing space, an office, and lab. Sagar Lachmansing, vice president for Food Safety and Quality Assurance, said “This gives us the capacity and space and requirements for our immediate and future operational activities should emergency circumstances dictate. It’s strategically located close to regional highways, Stewart Airport in Newburgh, the Port of Newark (N.J.) and shipping vendors. From a delivery standpoint, this building is an asset.”

On 03/31/16, State Police at Monroe arrested Goshen resident James Blazeski, 24, on March 31 on a charge of criminal mischief as a hate crime. Blazeski was arrested following an investigation into graffiti that was found in the Village of Kiryas Joel.  The graffiti was found inside some of the multi-dwelling buildings and was hateful in nature and directed at the Jewish community.  Blazeski was arraigned in the Village of Monroe Court and remanded to Orange County Jail on $2500 cash bail and $7500 bond.

Gov. Andrew Cuomo announced on March 28 that the county recouped more than $50,000 in fraudulently collected unemployment benefits in the first three months of 2016, reported the Times Herald-Record. Eight other counties shared in $1.35 million in funds collected in the first quarter of 2016 by the state Department of Labor. Orange County recovered $63,640 which was paid into the state Unemployment Insurance Trust Fund.

Colin J. Schmitt, who is exploring a run for the 99th NYS Assembly District now held by Andrew Skoufis, wonders why marketing materials put out by the state are made in foreign countries. Responding to a report by WHEC, Schmitt said, “More insanity from New York State government—New York’s most recognized promotion campaign ‘I Love NY’ has its bumper stickers made in Taiwan and other promotional materials in countries far away from the United States and New York. In the Assembly I will work to ensure all New York official promotional material be made in our state by our workers.” Schmitt lives in New Windsor and serves in the Army National Guard.

New York regulators are increasing the tax surcharge on corporations within the metropolitan commuter transportation district, which includes Orange County, but say revenue will stay the same. The tax department is raising the rate from 25.6 percent of corporate taxes imposed last year to 28 percent this year. The department says the adjustment is required to meet financial projections. The surcharge generated $627 million last year. Officials say it’s expected to generate the same amount this year because of lowered corporate taxes. Surcharge proceeds go to the Metropolitan Transportation Authority.

Chairman of the Stewart Airport Commission Louis Heimbach wants the commission to focus on attracting air service. The MidHudsonNews reported on March 29 that Heimbach urged members to reverse the trend of low airport use. Heimbach said, “The airport is the most underutilized asset that the Port Authority has. I think we need to bring that to their attention so that they recognize the gem that that’s here and how much of a help it could be to relieving some of the congestion in the major metropolitan airports.” He said cargo service has increased over the last three years. The Port Authority has been beating the bushes in an attempt to grow passenger service at the Newburgh area facility and most recently landed Allegiant, which will offer two-day weekly service to Myrtle Beach in addition to its Florida flights.

The New York State Board for Historic Preservation has recommended Bodine’s Tavern in Montgomery to the state and national Registers of Historic Places. The small house and tavern was built ca. 1809 by James Bodine to cater to traffic along the newly chartered Minisink and Montgomery Turnpike. “These landmarks are a part of our rich and storied history and helped define what it means to be a New Yorker,” the governor said in a statement. State and National Registers listings can assist property owners in revitalizing buildings, making them eligible for various public preservation programs and services, such as matching state grants and state and federal historic rehabilitation tax credits.

The Orange County Sheriff’s Office announced on March 31 that it was presented with the prestigious Triple Crown award last month at the National Sheriffs’ Association (NSA) Conference in Washington DC.  Sheriff Carl E. DuBois accepted the award for the office on Feb. 8. The Orange County Sheriff’s Office is the first Sheriff’s Office in New York State to receive the award. Jail administrator Colonel Kenneth Decker stated, “Our Correctional Facility is one of only two counties in New York State to be accredited by the American Correctional Association.” The Triple Crown designation recognizes those departments that demonstrate outstanding commitment to public safety, security, well-being of jail inmates and efficient agency business practices.