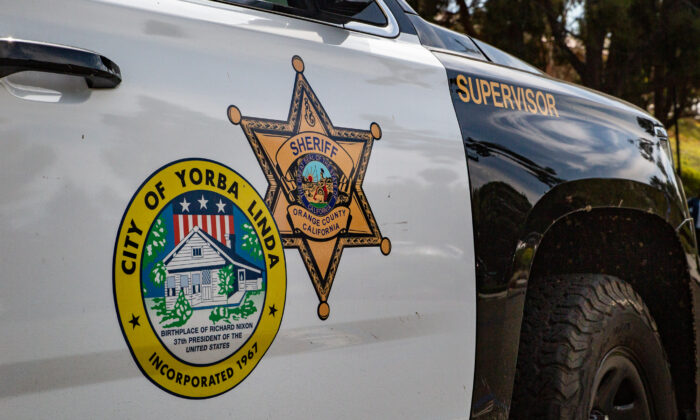 The event dates back to 1984, advertised as “America’s night out against crime.” The campaign was led by residents wanting to show community pride and take back their streets from crime.

Today, it has grown to include block parties, parades, movie screenings with picnics, live entertainment, and police and fire demonstrations celebrated by millions of people across the United States.

Regarding the “night out” portion, residents are encouraged by local law enforcement to lock their doors, turn on house lights, and join in with neighbors, law enforcement, and Neighborhood Watch leaders to promote anti-crime prevention.

In La Habra, the police department hosted a “magical family community” event at Portola Park on Tuesday for National Night Out. There were police and community displays, K9 demonstrations, a magician, kid’s activities, dinner, raffle, and movie in the park—featuring Encanto—and free admission to the Children’s Museum.

“The result is a community that is safer, better place to live and work,” a La Habra Police Department spokesperson wrote on Twitter.

The National Night Out celebration in the City of Orange was held at Grijalva Park on Tuesday, where residents met officers from the Orange Police Department and members of the Orange City Fire Department, saw a K9 demonstration, and participated in a free raffle, among other enjoyable activities.

Fountain Valley’s night out took place on the same day at the city’s Recreation Center. Authorities used this time to spread awareness of the threat of crime and drug prevention to the community.

Police also generated support for anti-crime efforts by strengthening neighborhood spirit and partnerships with the community.

Showing criminals that neighborhoods are organized with the police and fighting back can help to decrease crime in the city, according to the Fountain Valley Police Department.

The Yorba Linda Community Center will be hosting a Night Out on Wednesday from 6 to 8 p.m. This event is occurring for the 5th year in a row, hosted by the Yorba Linda authorities. There will be K-9, SWAT, Bomb Squad demonstrations, and recruitment opportunities.