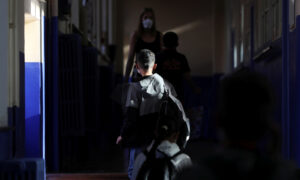 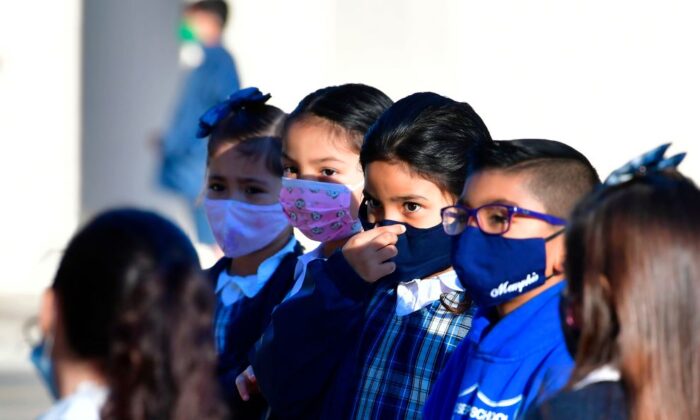 Nearly 400 patients have required hospitalization at the Children’s Hospital of Orange County (CHOC) for COVID-19 since last March, The Epoch Times has learned.

In all, CHOC has seen 4,071 positive COVID-19 virus cases since the pandemic began, including 61 patients who required intensive care unit (ICU) treatment. There have been 35 confirmed cases of multisystem inflammatory syndrome (MIS) in children and young adults at CHOC, a hospital spokesperson told The Epoch Times.

The inflammatory condition associated with COVID-19 includes systems such a fever that doesn’t go away and inflamed body parts, including the heart, lungs, kidneys, brain, skin, eyes, and organs.

Dr. Jaime Deville, an infectious disease pediatrician at CHOC, said the number of children infected with COVID-19 has risen alongside a recent surge in overall cases.

“In the past few weeks … we have seen a number of children unlike we’ve seen before, with many more hospitalizations,” Deville told The Epoch Times.

Deville said the majority of hospitalized pediatric patients are adolescents, however, there have also been patients as young as infants contracting the virus and requiring hospitalized intervention.

Children who get COVID experience similar symptoms to adults—including a fever, cough, sore throat, body aches, and a decrease in taste and smell—Deville said, adding that their symptoms tend to be milder.

“Children tend to improve faster than adults,” he said. “The older the population, the more similar are the symptoms to adults.”

“Even though COVID is less severe in children, it still causes a significant number of cases in the pediatric population,” Deville says, adding that a few children have required a ventilator. “Children with COVID that have needed intubation; their recovery has been faster than adults.”

A number of babies at the hospital have been born to COVID-positive mothers, including some who were on ventilators during the delivery, he said. However, there have not been any confirmed cases of transmission from mother to child.

He recommends that parents—especially those who have children with comorbidities—continue adhering to social distancing, mask wearing, and frequent hand washing.

“[First] parents need to be very vigilant about COVID. And even though the number of cases, might … decline in the coming weeks and months, we are not out of the pandemic,” he said. “Second, the importance of reopening schools—which should really be a priority as schools have not been shown to be [where] COVID spreads. It’s been shown in multiple studies. If schools can be opened safely using all the protocols that have been developed, that should be pursued.”