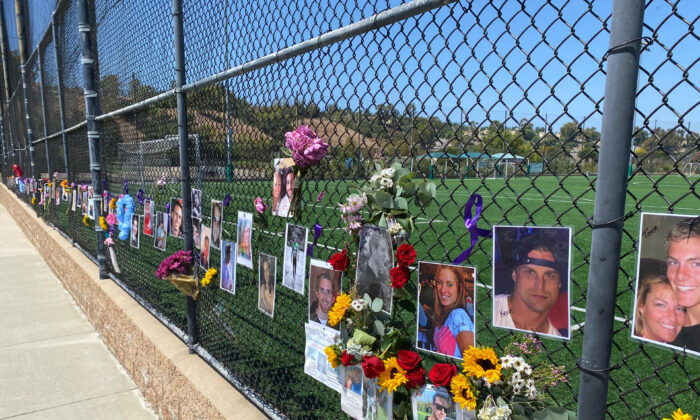 SANTA ANA, Calif.—While the state legislature is looking for a solution to the growing threat of fentanyl-related deaths plaguing Californians, Orange County officials and law enforcement have joined together to prevent the synthetic opioid from crossing county lines.

The Orange County Board of Supervisors unanimously passed a resolution on Jan. 25 to join forces with law enforcement agencies in getting a handle on the prevailing fentanyl crisis, after the state senate’s Public Safety Committee struck down in January a bipartisan bill that would increase sentencing for fentanyl dealers.

To obtain city-level support and push for more state-level progress, Supervisor Don Wagner, who introduced the resolution, has been urging all Orange County cities to join the county’s fight against fentanyl.

“It is here, it is real, and it is in our community … to draw attention and make a dent—if not more than a dent in the crisis,” Wagner said during a Feb. 1 Lake Forest City Council meeting. “You will be saving lives.”

One way to combat the fentanyl crisis, he told The Epoch Times, would be to crack down on the dealers by allowing law enforcement to charge dealers who lace drugs with the fentanyl and charge them with second-degree murder.

Legislation like harsher sentencing can send drug dealers a message, “We’re on to you, and we’re coming after you,” Wagner said.

According to state law, fentanyl is not classified as the same category as heroin or cocaine—even though it’s 50 to 100 times more potent than opium.

Though the state legislature already made fentanyl trafficking—selling, furnishing, or distributing fentanyl—punishable by up to life in prison, a state senate bill sponsored by the Orange County Sheriff’s Department to increase sentencing for fentanyl possession with an intent to sell did not pass last month.

The county’s resolution gained support from the Orange County Sheriff’s Department, the Orange County District Attorney’s office, and other municipal police agencies, which recently began issuing advisements to narcotic dealers to warn them about the possibility for them to be charged with murder if a person dies because of their drug dealing.

“People don’t even know what they’re buying,” Wagner said. “They don’t know whether or not whatever it is they bought is laced with fentanyl.”

Over 100,000 drug-related deaths were reported in 2021 nationwide, with fentanyl as “a significant factor,” according to the resolution.

“If not for COVID, the public health crisis we would be dealing with nationwide would be the fentanyl epidemic that we are seeing,” Sheriff Don Barnes said at the Jan. 25 Board of Supervisors meeting.