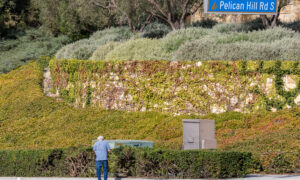 “Suffering the loss of a loved one is tragic, but that tragedy is exacerbated by the pure randomness of losing a loved one to drink or drugged driving,” Spitzer said.

With almost 1,000 driving under the influence (DUI) deaths in California per year, the June 21 gathering was meant to recognize law enforcement officers working to make Orange County’s roads safer.

The Orange County Prosecutor of the Year award was presented to three traffic safety resource prosecutors. Hoon Chang, Charles Henninger, and Jessica Schug accepted the award along with Orange County District Attorney’s vertical driving under the influence of drugs prosecutors.

“You are saving lives. You’re making birthday celebrations [and] Christmas mornings possible for people who may never know their lives we’re in danger,” Spitzer told the awardees. “If you hadn’t stepped in and pulled that drunk driver off of the road, they may have hit a young mother on her way to home from work, or that grandfather on his way to see his grandchildren, or child on the way to school, but you were there and you stepped in. Every drunk and drugged driver you take off the road represents another life or lives that get to be lived.”

Police officers who participated in numerous DUI arrests were also honored with awards.

Victim advocates who lost loved ones or faced injuries due to impaired driving were also present during the event, and shared their experiences.

Betty and Michael Johnston lost their son in 2018 when an impaired driver crashed into his car on the 55 and 5 freeways.

“Michael was only 33-years-old and was killed instantly,” Betty said.

The young man had future plans to propose to his longtime girlfriend, she said.

MADD is seeking donations to continue its prevention programs and victim services.