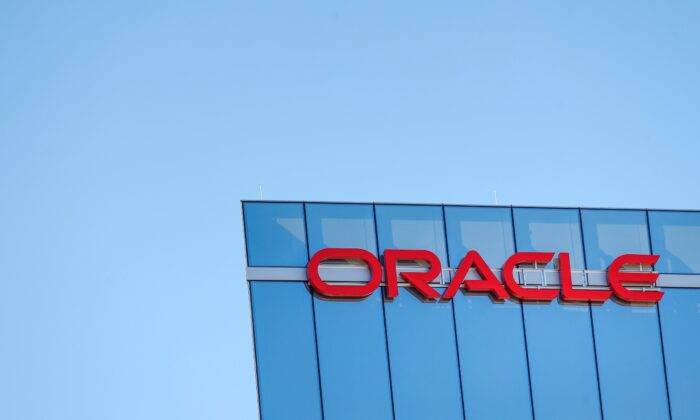 An exterior view of the Oracle Field Office at Wilson Boulevard in Arlington, Va., on Oct. 18, 2019. (Tom Brenner/Reuters)
Companies

Demand for its cloud services also remained strong, driving segment revenue up 45 percent to $3.6 billion, including contribution from Cerner.

With hybrid work gaining traction worldwide, Oracle has been looking to bolster its cloud offerings in a bid to catch up to bigger rivals Microsoft Corp.’s Azure and Amazon.com Inc.’s Web Services.

“Oracle’s advantage is their reliability. I see opportunity there for Oracle to preserve its customer base as they move processes to the cloud,” said John Freeman, vice president of equity research at CFRA Research.

Cerner contributed $1.4 billion in the quarter, months after Oracle bought it in a deal that unlocked troves of data from one of the biggest U.S. health care IT firms and attracted more clients to its cloud platform..

The boost from Cerner helped cushion the impact from a slowdown in business spending, as companies turned thrifty in the face of high inflation and an advancing U.S. dollar.

On a constant currency basis, Oracle forecast revenue would grow between 21 percent and 23 percent in the second quarter.

It reported adjusted profit of $1.03 per share, compared with a Refinitiv IBES estimate of $1.07, but said the figure would have been 8 cents higher without a “significant impact” from the strong greenback.