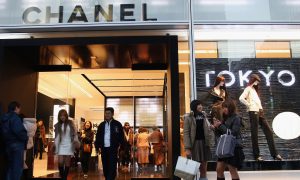 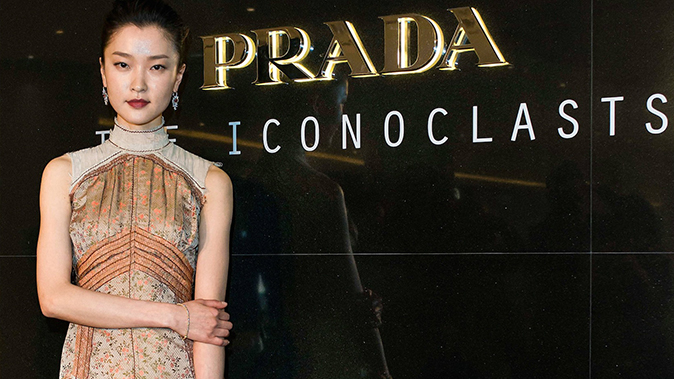 NEW YORK—The established luxury brands in China have hit the perfect storm. At a time when Chinese high net-worth consumers are tiring of status quo retailing, a government clampdown on graft and corruption is pushing buyers even further away from the flashy logos they once coveted.

Prior to the regime’s anti-corruption crackdown, which started in 2013 shortly after Xi Jinping came to power, corporate gifting to obtain “guanxi,” or business relationships, was a huge driver of the global luxury industry, accounting for approximately 10 percent of Chinese discretionary spending, according to the Hurun Report, a monthly magazine best known for its China Rich List.

Now, with the arrest of hundreds of high-level and mid-level officials for corruption, sales of almost everything, including luxury European watches and high-end alcohol are down. “The government’s crackdown on luxury gifting continues to have its effect, with luxury gifting down … 30 percent over two years,” according to a statement by Hurun Report chief researcher and Chairman Rupert Hoogewerf earlier this year.

China’s elite have taken to calling the phenomenon anti-bling.

The impact is so pervasive, that China’s elite have taken to calling the phenomenon anti-bling. The flashy metal logos and recognizable designs of Gucci, Louis Vuitton, and Prada are becoming less desirable, largely because these brands have lost their exclusivity cache in China, but also because austerity is demanded in the current political climate.

Luxury brands that have been in China for almost three decades are now watching their playing field become a little tighter, and a little more competitive. For some of the more established brands, they will likely need to rely on expansion in China’s smaller cities, where they have established brand recognition, but not brand exhaustion.

Chinese needing to downplay their wealth has had a secondary impact. It has accelerated a trend toward sophistication among China’s elite consumers, which promises opportunities for new brands. According to Hurun’s 2015 “Best of the Best” report, Hermès, last year’s No. 1 choice of brands for gifting, dropped to seventh place. By contrast, one of China’s most expensive liquor brands Moutai took a spot in the top 10 for the first time in three years.

High net wealth consumers in China, who can be up to 20 years younger than their counterparts in the West and who are increasingly female, still want to display their wealth, but with more subtlety. These trendsetters are starting to desire more niche, contemporary European brands like Bottega Veneta, which is recognized for its signature weave, rather than an obvious logo.

Of course, China’s burgeoning middle class is still buying foreign luxury brands for the logos and for the associated status. But discreet, contemporary, and edgy luxury brands are making inroads with China’s increasingly sophisticated millionaire elite, and at a rate much faster than these brands made inroads in the United States.

Since brands have already turned a great deal of their focus to selling in Asia to drive global growth, China’s changing purchasing dynamics will affect the future of the global luxury industry.

Chinese consumers are now responsible for at least 30 percent of the world’s luxury purchases, and this group is growing. Erwan Rambourg, author of “The Bling Dynasty,” anticipates Chinese shoppers will account for 35 percent of global luxury purchases this year.

Underlying this growth is the growth of China’s middle class. Global consulting firm McKinsey & Company predicts that around 400 million Chinese will have entered the middle class by 2020, although their absolute wealth will still be lower than that of developed nations.

Gucci, owned by the Kering group of brands, is an example of a luxury brand with a flashy logo that has encountered trouble with its China strategy.

According to Philip Guarino of Luxury China Advisors, Gucci was overly zealous in China. It opened too many stores in first-tier cities, the brand became ubiquitous, and lost it’s air of exclusivity for those with the means to purchase it.

Gucci saw its comparable luxury retail sales drop 10 percent in Asia-Pacific during the first quarter of 2015, compared to the same period the previous year. The drop was specifically for Gucci’s pre-existing stores in Asia-Pacific—with the exception of Australia and South Korea.

Gucci’s sales in Western Europe increased 6 percent during the same period, with no change in North America.

Part of the reason is they [Gucci] just expanded much too fast. And they also were a victim of big logos.
— Philip Guarino, Luxury China Advisors

“Right now Chinese in the major cities, first-tier cities, if you want to call them—Shanghai, Beijing, Guangzhou—they’re not buying Gucci because they see it as kind of gauche, they see it as kitchy, and they don’t find it attractive,” Guarino said. “Part of the reason is they [Gucci] just expanded much too fast. And they also were a victim of big logos.”

At the higher end of the market Chanel continues to do well in China, as does Hermès. Chanel has the highest level of brand recognition in the Middle Kingdom, and captures the most luxury sales from the Chinese consumer, according to Bomoda’s China Luxury Blueprint.

“Chanel is in the upper echelon of brands internationally, which makes it desirable to the Chinese consumer,” said Brian Buchwald, Bomoda CEO.

“If everybody is carrying the bag then it’s no longer a luxury. And what Chanel has done very effectively with the Chinese consumer is make the product available but still feel a bit out of reach, still feel aspirational to that consumer, which means it maintains that sense of value,” Buchwald said.

It helps that Chanel is a family-owned company, so keeping a long-term view is easier than companies that have to please shareholders with “flashes in the pan” that could affect the value of the brand, Buchwald said.

A key issue is that China’s elite consumers, those buying the highest end products, are increasingly international.

Many of them were educated overseas, in Europe or the United States. They understand luxury brand hierarchies outside of China, so their purchasing decisions are often driven by the international reputation of a brand, including the perceived value and heritage.

European brands such as Gucci and Prada, which have made some slip-ups with their international consumers, are seeing that reflected in a low growth rate in China, according to Buchwald.

Prada, which listed on the Hong Kong Stock Exchange in 2011, saw its sales decline this year. In a statement released earlier this month, the Milan-based company said its performance in the Asia–Pacific had been affected “mainly by the market conditions in Greater China, especially in Hong Kong and Macau, where the decline in Chinese tourist numbers, already seen in the second half of 2014, shows no signs of abating.”

“The Chinese consumer at this point is still not buying from a design purpose … they’re buying for the international prestige focus,” Buchwald said.

Buchwald said brands like Mulberry, Proenza Schouler, and Bottega Veneta have had a harder time breaking through in China compared to brands that have huge advertising budgets, like Chanel, Dior, and Louis Vuitton. But these brands are doing a nice job of starting to build up a loyal buyer market, according to Buchwald.

Bottega Veneta is a sister company of Gucci. This discreet, edgy brand, with its signature intrecciato leather weave handbags, is becoming popular with young Chinese women.

While it is recognizable to wealthy trendsetters, it lacks the flashy logo of other high-end brands. This allows high-end consumers to display their wealth to their peers with more stealth—a good example of a brand’s success post anti-bling China.