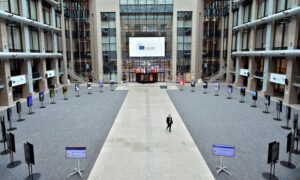 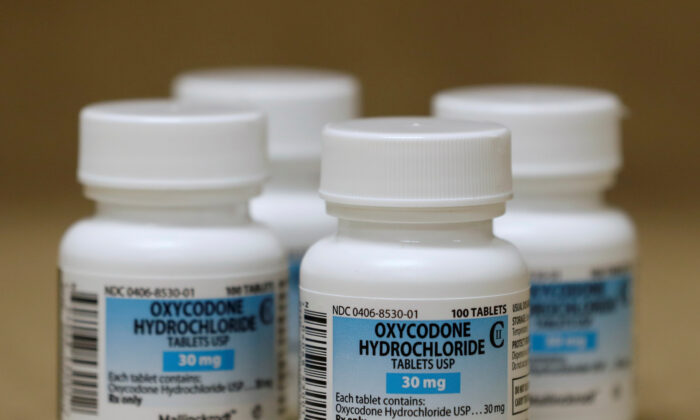 Bottles of prescription painkillers Oxycodone Hydrochloride, 30mg pills, made by Mallinckrodt sit on a counter at a local pharmacy, in Provo, Utah, on April 25, 2017. (George Frey/Reuters)
Companies

Adding to its woes, the company in March also lost a court battle to avoid paying higher rebates to state Medicaid programs for its top-selling drug.

Mallinckrodt said on Monday it had agreed to pay $1.6 billion over several years to settle opioid-related litigation. About $450 million would be paid as part of its settlement once the company emerged from chapter 11 bankruptcy.

The company would then pay $200 million in the first and second year after its emergence from bankruptcy and $150 million subsequently through the seventh year.

The company had said in February it planned to have its generic drug business file for bankruptcy as part of a tentative $1.6 billion opioid settlement to resolve claims by state attorneys general and U.S. cities and counties.

During the bankruptcy protection, the company said it aims to resolve opioid-related claims and reduce its debt by about $1.3 billion, while surviving on cash on hand and cash generated from operations.

The company listed both assets and liabilities in the range of $1 billion to $10 billion in a filing with the U.S. Bankruptcy Court for the District Of Delaware.